some pictures from Scotland 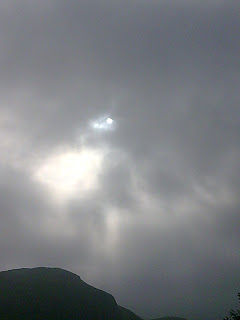 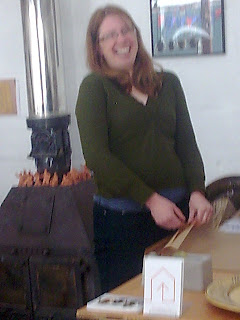 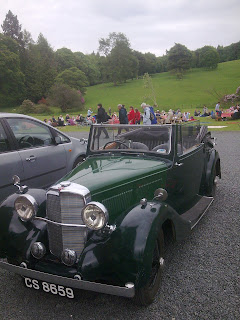 One for Yeractual...and yes, it did rain on the garden party! 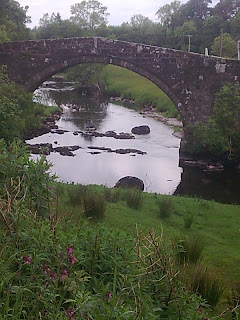 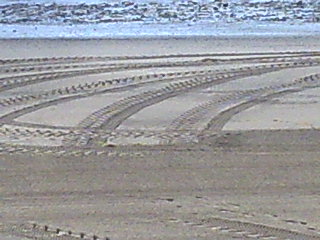 tracks in the sand at Girvan-they clean the beach in the morning!

Sun, to start with, being spoilt rotten, and to top that I'm getting back on the track at the Velodrome!!

Lucky my birthday is this week...from Monday the track is being used by the GB Olympic Squad and then the GB Paralympic Squad...so it is closed until the end of August as far as we know!!

I know I need to rest, but this is getting ridiculous!!

Three weeks worth of very wet weeds on the allotment and the bike is looking accusingly at me.

At least we picked a pint of redcurrants and a generous handful of strawberries yesterday. On the other hand there were no rasberries to pick and the blackbirds are looking fat.....
Posted by gz at 11:24 5 comments:

Having had three weeks in Scotland with only a few wet days, now I'm back in Wales and it is decidedly damp!
At least there are not too many midges here, unlike when The Pirate was finishing packing the car on Tuesday morning...it was apparently the worst he'd seen in twenty years...and as soon as we'd finished, they disappeared!!

The Carpenter and The Oily One survived without me...although the catering left something to be desired, apparently, after The Carpenter's hand had a plaster cast. It took an MRI scan for the hospital to find two broken bones from the accident with the car. Hopefully that will be off next Monday.

It was a good journey, starting at 8.30 am as The Pirate's lane was being resurfaced, and it is the only way out for nearly a dozen households.
Stops were taken regularly as the Nissan Figaro is only a little car and it was, shall we say, well packed!!  We met friends  on the way, did business, enjoyed the journey and arrived at about 11pm...

It is still a tiring journey, however you do it.

Now we're preparing for the next three weeks....checking bikes and equipment for The Pirate's training and racing.    Dealing with three weeks' growth of weeds on the allotment, when we get a dry day.
Posted by gz at 21:17 8 comments:

We are supposed to be packing...but I'm sitting in front of a log fire, trying to keep an eye on it whilst playing "catch up" on the laptop.

We were given a connecting lead three days ago...this morning I tackled the heap of plastic liquorice in the corner behind the (unused!) computer and found that we already had everything to get connected, including WiFi!!

It has, however been a good healing process , living in a fairly remote valley two miles from the village. No mobile signal for either of us and only Radio 2!!
I haven't needed the radio on low to be able to sleep and have revelled in the silence and sounds of deepest Ayrshire.

Neither of us can believe what Fate has landed us in, but it is good and strong and smells sweet.  The future will not be all smooth and easy but we're facing it together.

The Pirate is getting our bikes ready for our first ride together, so I'd better publish this and get a move on!!
Posted by gz at 11:37 12 comments: