Pirate tidying the garden and mowing OUR grass...makes a good change!
Sorting bags of apples and preserves and presents to give to various offspring.
Now to pack my bag...off to see family...

The bad thing about it? Lots of driving.  I'll be glad when Pirate has his cataracts sorted,but as everywhere money is short and waiting lists are long..and unfortunately you have to be worse off before being treated.

Maybe you say its your choice to live so far North.....maybe...but we are happier and far better off in many ways here in Scotland.   We also have a very good deal with our rent,so can't afford to move.
At least now, more family members are enjoying visiting us!
Posted by gz at 18:23 3 comments:

I bought a pair of gloves in a well known DiY store yesterday...neatly folded inside were the Manual Instructions....!!

Somehow I'm hoping that today's job will be cancelled..from icy chill the weather has turned to cold and decidedly damp.
Posted by gz at 09:14 1 comment:

trying to be organised

Gradually things are coming together, but its nerve wracking and hard work!

So many things I want to get done, and just one month to go now.

We are getting back in contact with friends to let them know when we're coming..and daughter has had another breakthrough with the family tree hunting..one of my great grandmother's sisters emigrated to New Zealand,and married a Maori man..and we have cousins in Brisbane and Sydney and possibly Christchurch and northwest of Wellington.

The Pirate is away track racing on Derby velodrome track, and isn't a happy bunny...not winning, well,ok, he knows he hasn't put the work in to do that...but having to rely on someone else, and having to do as they want...and not much compromise...not good atall. At least he has been in the company of good friends. He'll be mightily relieved to arrive home tomorrow.

I've been busy Getting Things Done for three days!...No need to cut someone's hedge or grass as its a fine day...we've just about finished going round all the regular customers. No having to stop halfway through a job here on our house and garden to look after someone else's!

Yesterday the leeks were planted out, that should mean leeks to eat in April!

Today the car decided that its battery was exceedingly tired...it must have been colder than I thought, the last couple of nights and I didn't drive it yesterday..tomorrow morning's job will be to jump start the car and get it to a local garage to "drop test" the battery to see if it will last..or if I need a new battery.

Much washing has been done AND dried, apples juiced,filtered, bottled and pasteurised..twelve more half litre bottles in store.
I made a batch of Sophie Grigson's recipe for Carrot Garlic and Chilli chutney..nine jarsworth..its supposed to be like the chutney in M&S Wensleydale and Carrot Chutney sandwiches...which we've tried and were very good.  You're supposed to leave it for at least three weeks, however the eggcupful I had left over after bottling it was very good with tonight's curry!

The papering in the kitchen is finished, the tiling done all bar four L shaped tiles round an electricity socket.  Its good at last to move the kitchen contents back,and to have a clean,tidy,workable kitchen at last!

Now its feet up time.  I've watched a programme about the history of building the railways, which has been followed by one on the Ghan train from Adelaide to Darwin via Alice Springs. All 37 carriages...

One hundred and seventy four riders gathered to ride in honour of Ivor...many others sent apologies for not being able to be there.

We were sent off in groups most taking the hard and hilly 40 mile route.  We opted for the 20 mile easier route and set off in the last group of twenty riders...within two miles I was off the back after the first hill, and Pirate waited for me. We rode up the Beauly river valley for nearly ten miles then across and back down a smaller road on the other bank.
It reminded us very much of the river road by the Whanganui river...just on a slightly smaller scale.

Despite being much hillier roads than I'd normally choose, I actually went a bit faster than usual!

After the ride, there were vats of soup, tea,coffee and cake...and a display of Ivor's medals, race numbers, racing vests and photographs...a mammoth task undertaken by his widow.

We left at 4.30, with a few hours to drive...a good break at Pitlochry  after 100 miles, and the arrival of an invite to stay over with another friend...only another 70 instead of another 130 miles!!

We went to watch and help at a cyclocross on the sunday...one of the Scottish cyclocross series.
These have increased in popularity over the past few years to the extent that over all the races, from the under 12s up to the 60+ groups, and separate womens' race (of about 40 riders) there are regularly between 500 and 600 riders...well over 100 in the main race...

Home before dark,just...tired but glad to have achieved much.
Posted by gz at 21:49 4 comments:

a good couple of days

In two days, three happy gardening customers...and another who will be when she comes home...

Kitchen threequarters done, ready to put an antique shelf unit on one wall for teas and coffees and mugs.  The remaining tiling and papering will be done in two days.

Today we did an hour in a 'drop-in' session on Glasgow velodrome and the Pirate followed that with joining in with a coached hour long session...he'll sleep well tonight!

Tomorrow we head for Elgin, ready for a memorial ride on Saturday from Beauly for Ivor Reid,  one of our friends and a stalwart member of Scotland's cycling community and the international track scene. He died this year at only 56, of a heart attack after the hospital thought they'd sorted him.

Guess what...I'm wallpapering...in the kitchen!!
The paint used in April was not right, although it did need to be lighter there.
I've picked up a bargain in paper, tiles, MDF windowsills for shelves in the shallow cupboard and on one wall.
The idea is to have a tidy,sorted,kitchen and storecupboards.   if a son,or two,will be coming to house-sit, they have to be able to find things,and have room to use them!

Meanwhile the gales are roaring outside, and North West Scotland has had up to 95 mm of rain in a  couple of hours. Luckily we haven't had quite that much, but there are plenty of flooded fields around here.
We haven't been able to finish the lawns we've promised to do...which has given us a little more time..but on the other hand getting work done in our own garden has been a problem!  Garlic is in, but the beans and onion sets still await dry weather...which we are promised tomorrow.

We're working on keeping the car legal before we go, if not completely mended..this is taking even more time out of each day.

Arrangements have been made for our camper car for our first two months of travel, internal flights bought....
Its beginning to feel real....
Posted by gz at 21:39 6 comments:

Now we're getting storecupboards packed ready for our return, the garden sorted to survive the winter and veges sown to overwinter...
Posted by gz at 09:55 12 comments: 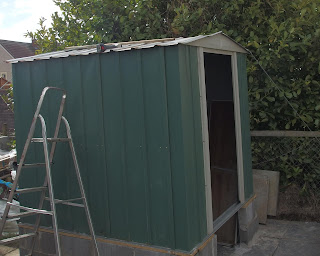 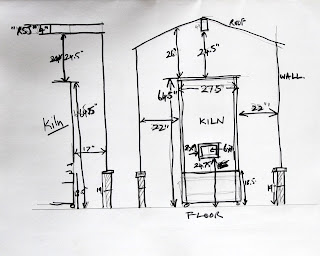 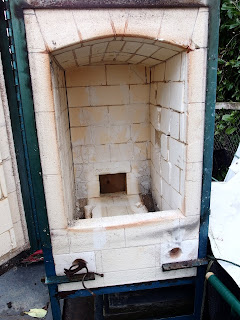 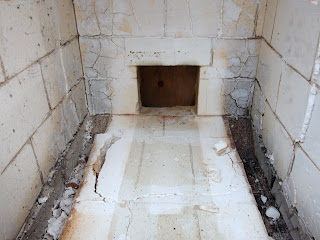 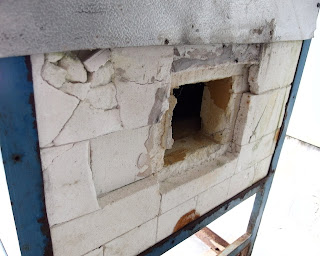 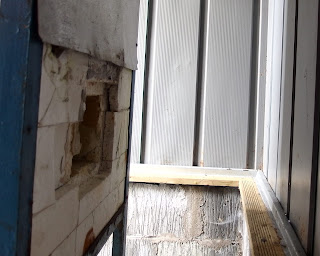 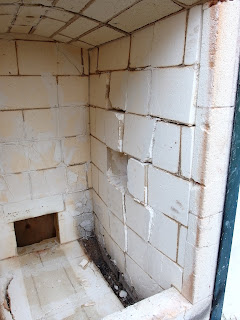 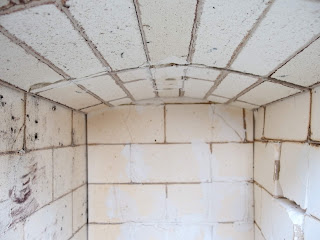 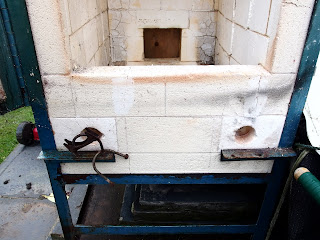 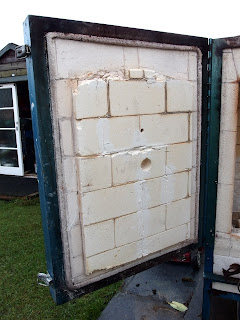 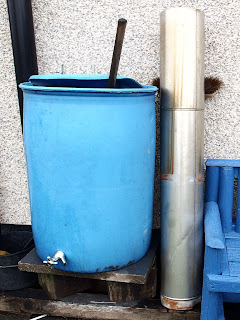 As requested,kiln photos..I have another section of flue, with a "hat" to keep most of the rain out..it doesn't interfere with the firing, with that diameter flue
Posted by gz at 09:57 7 comments: