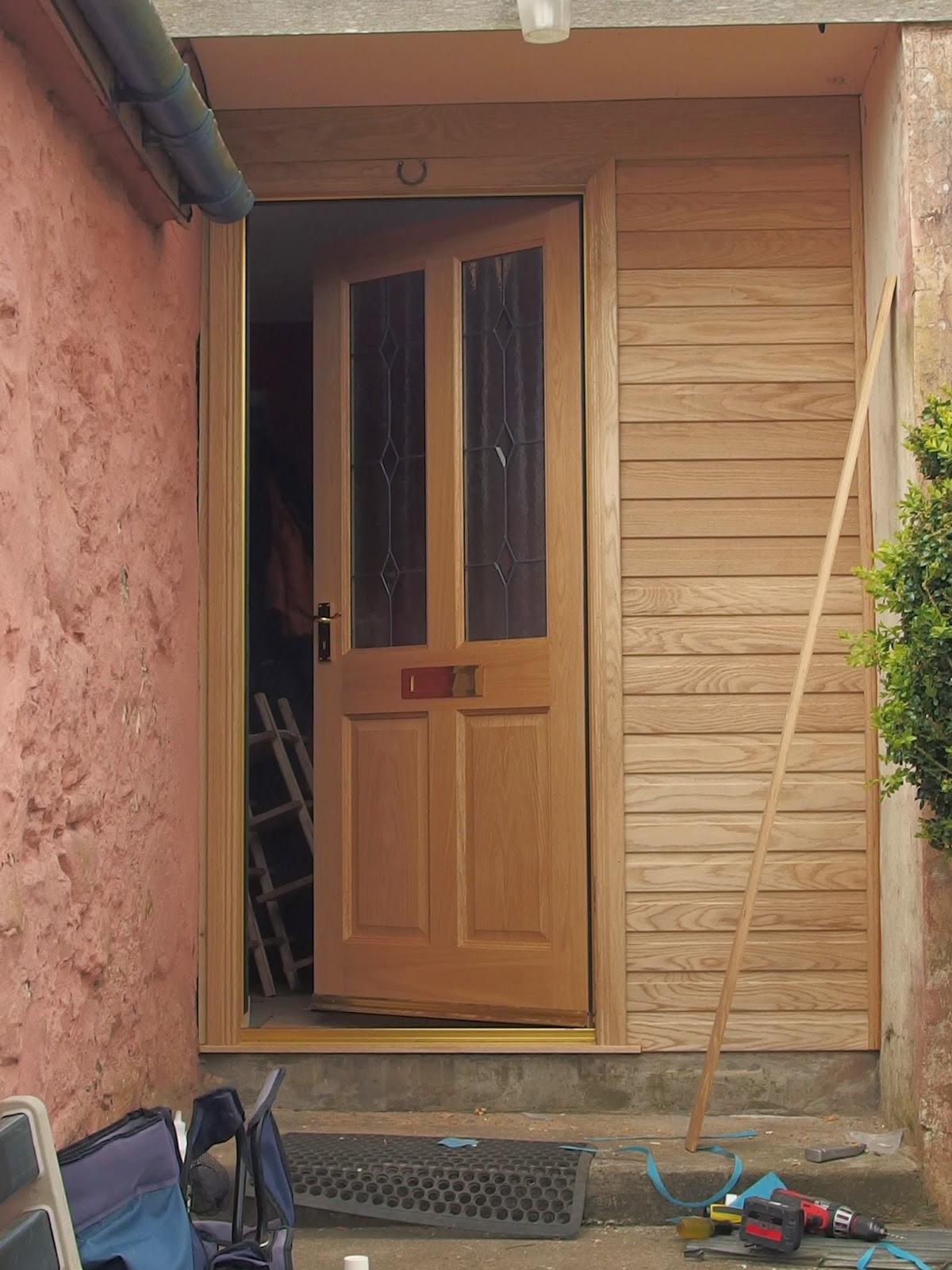 We have a new front door and panel, to replace the rotten, woodwormed frame and (internal) door you can see behind me in our little garden. 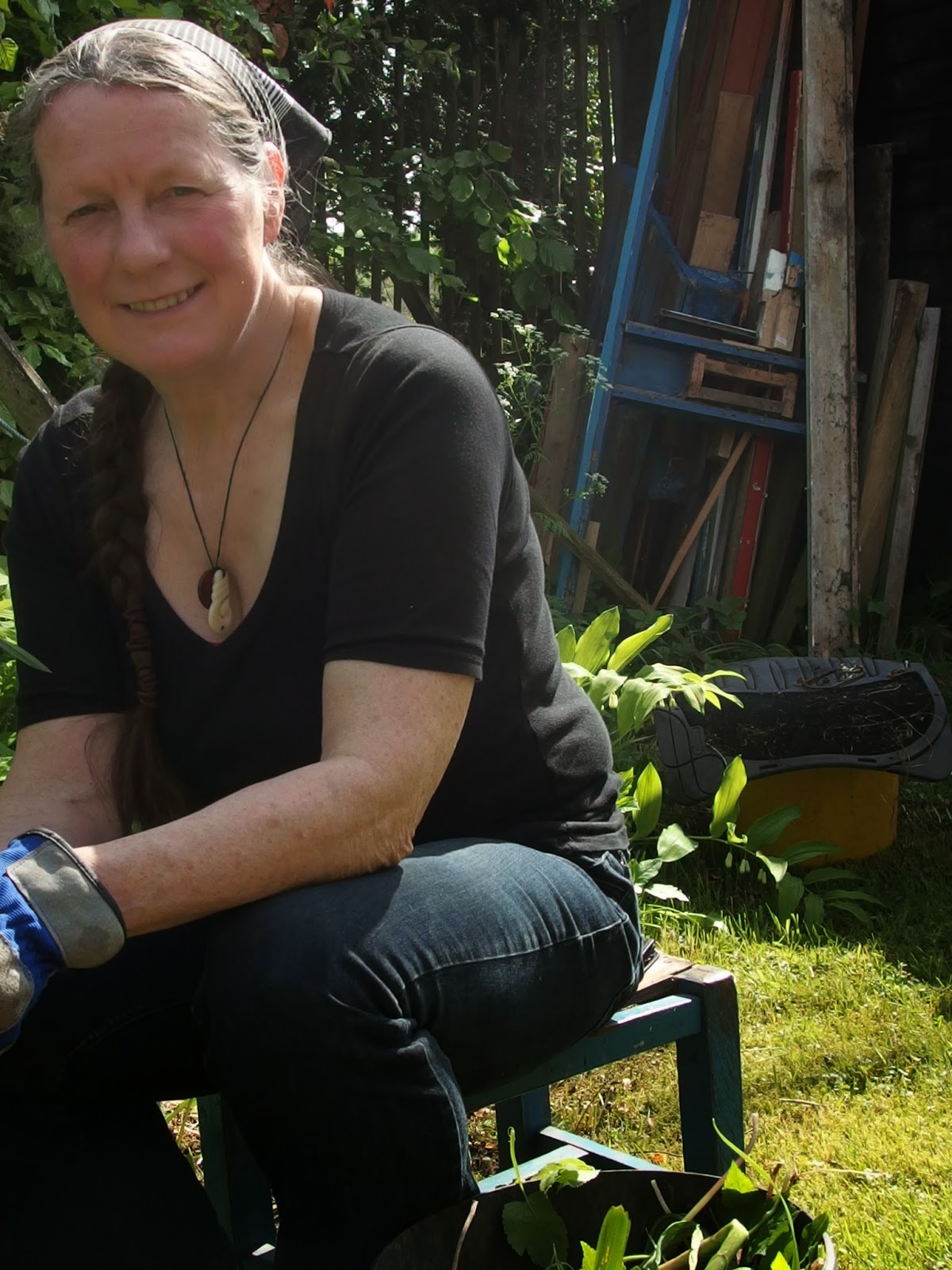 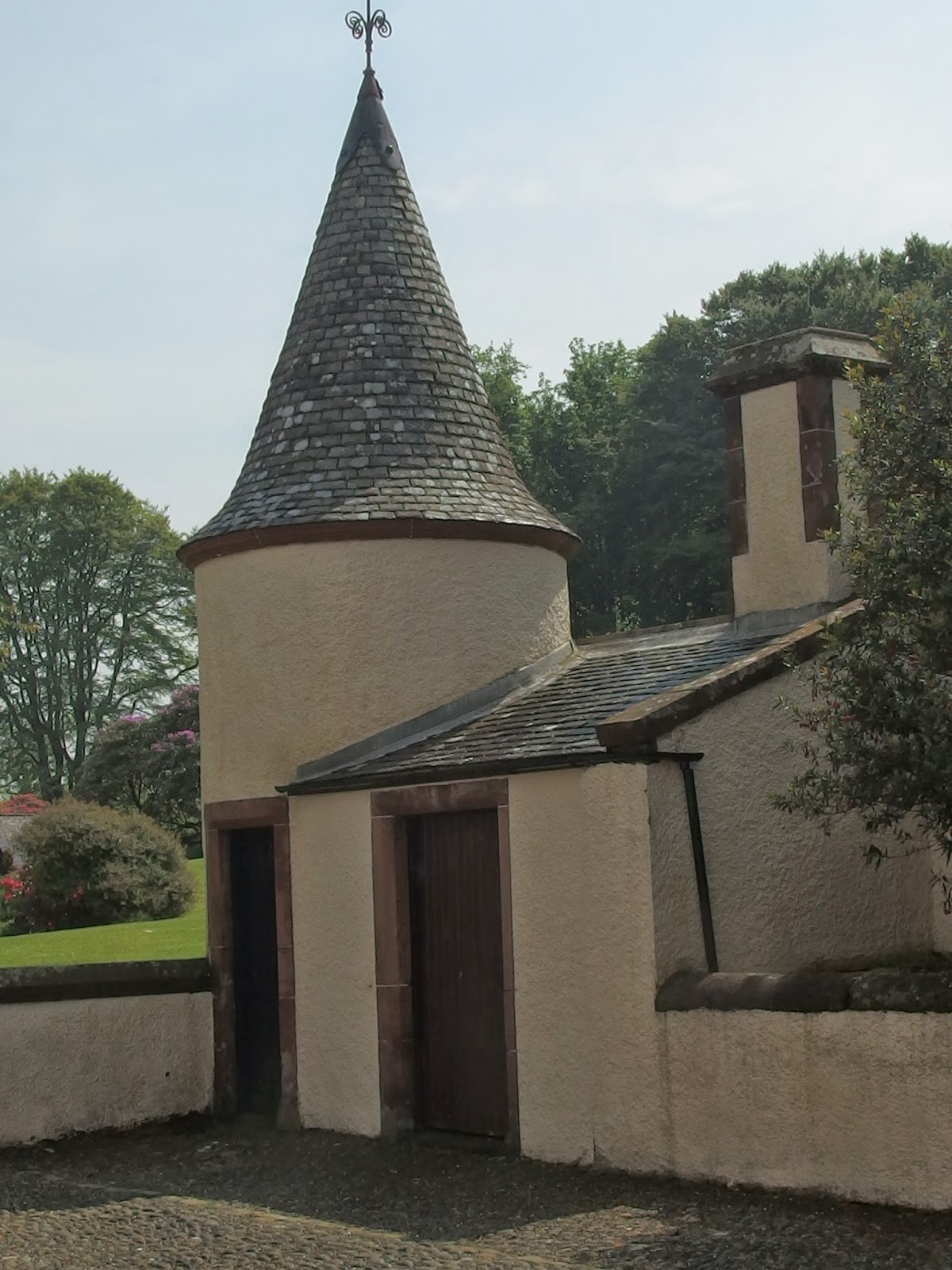 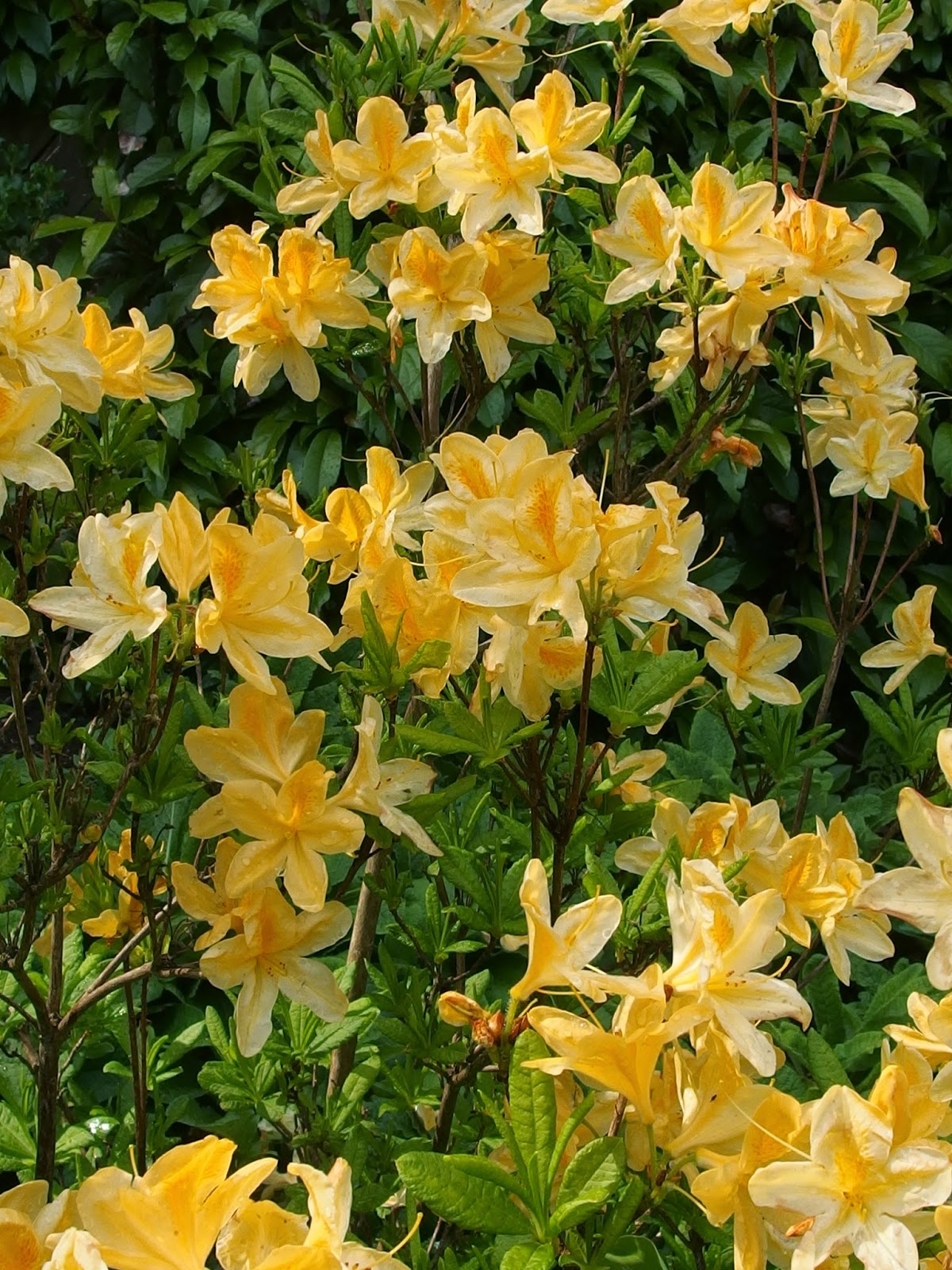 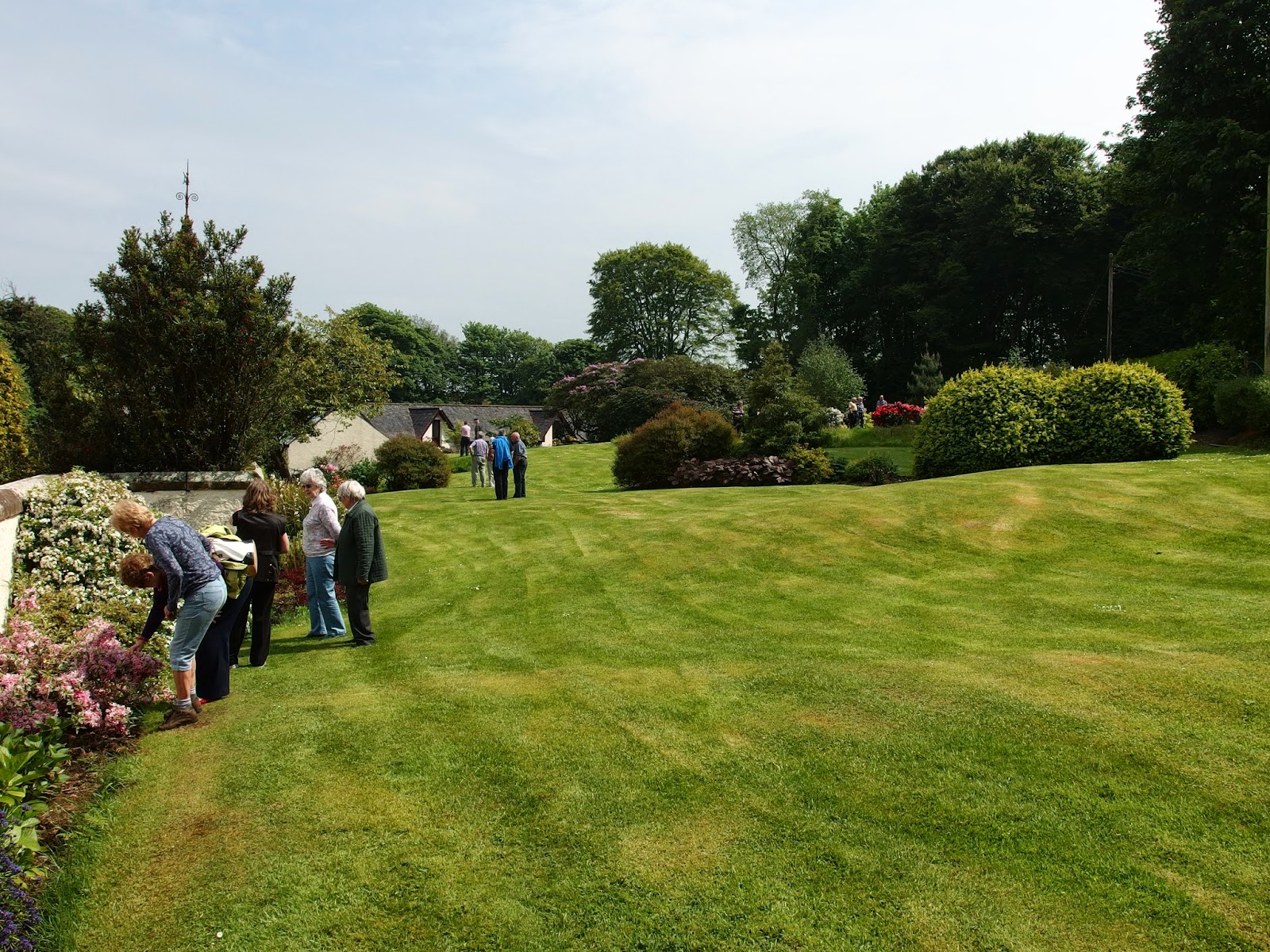 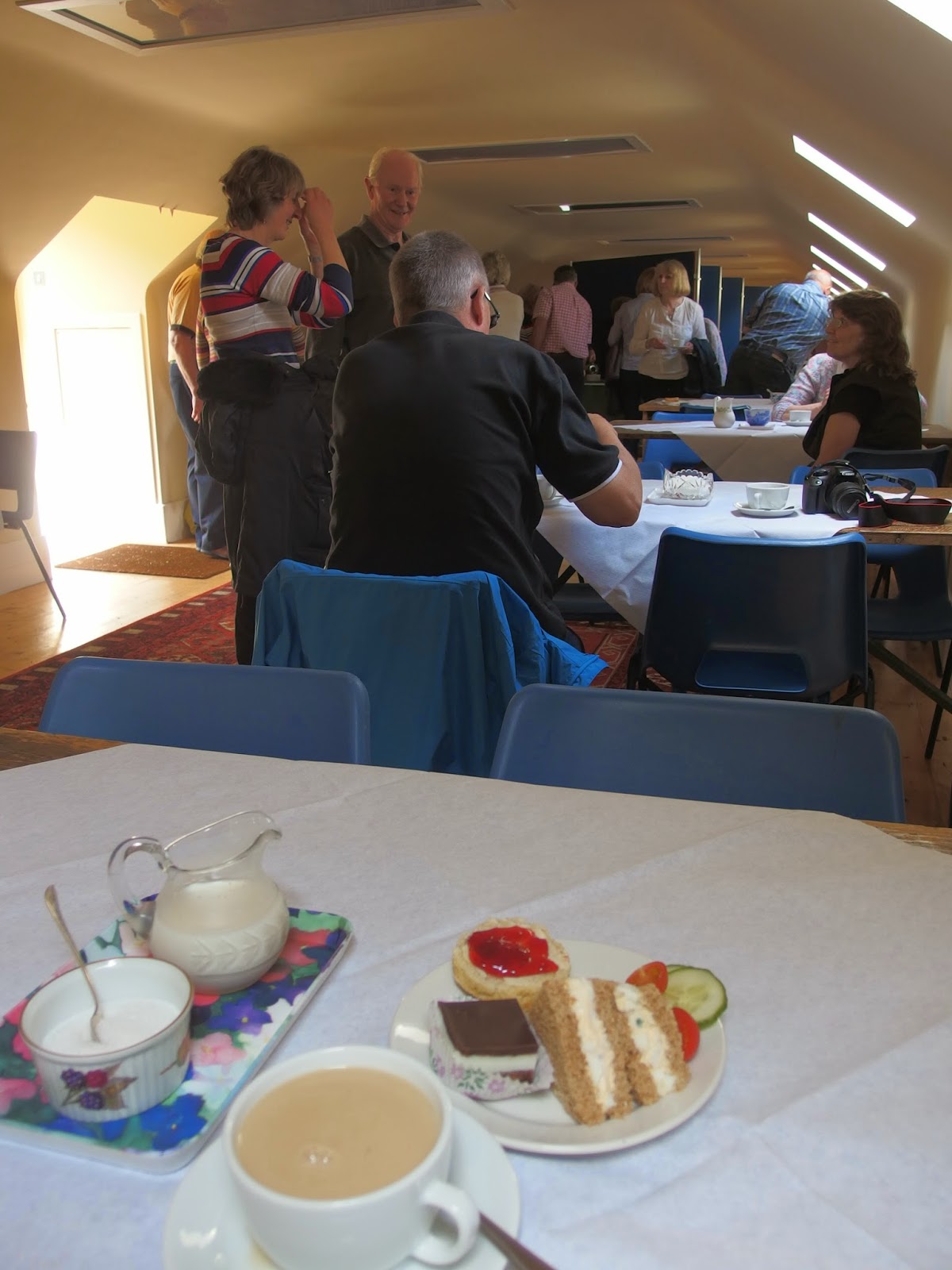 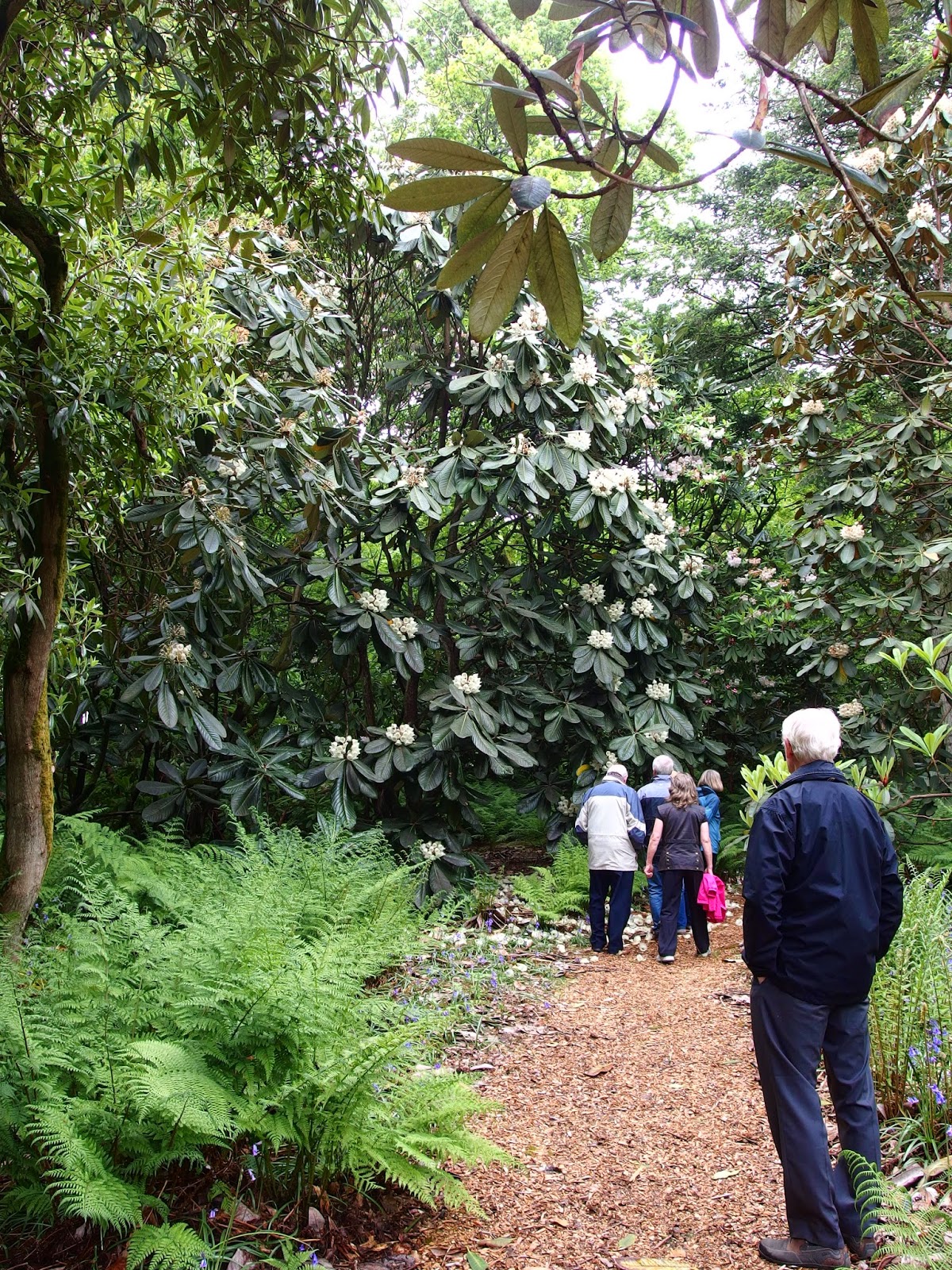 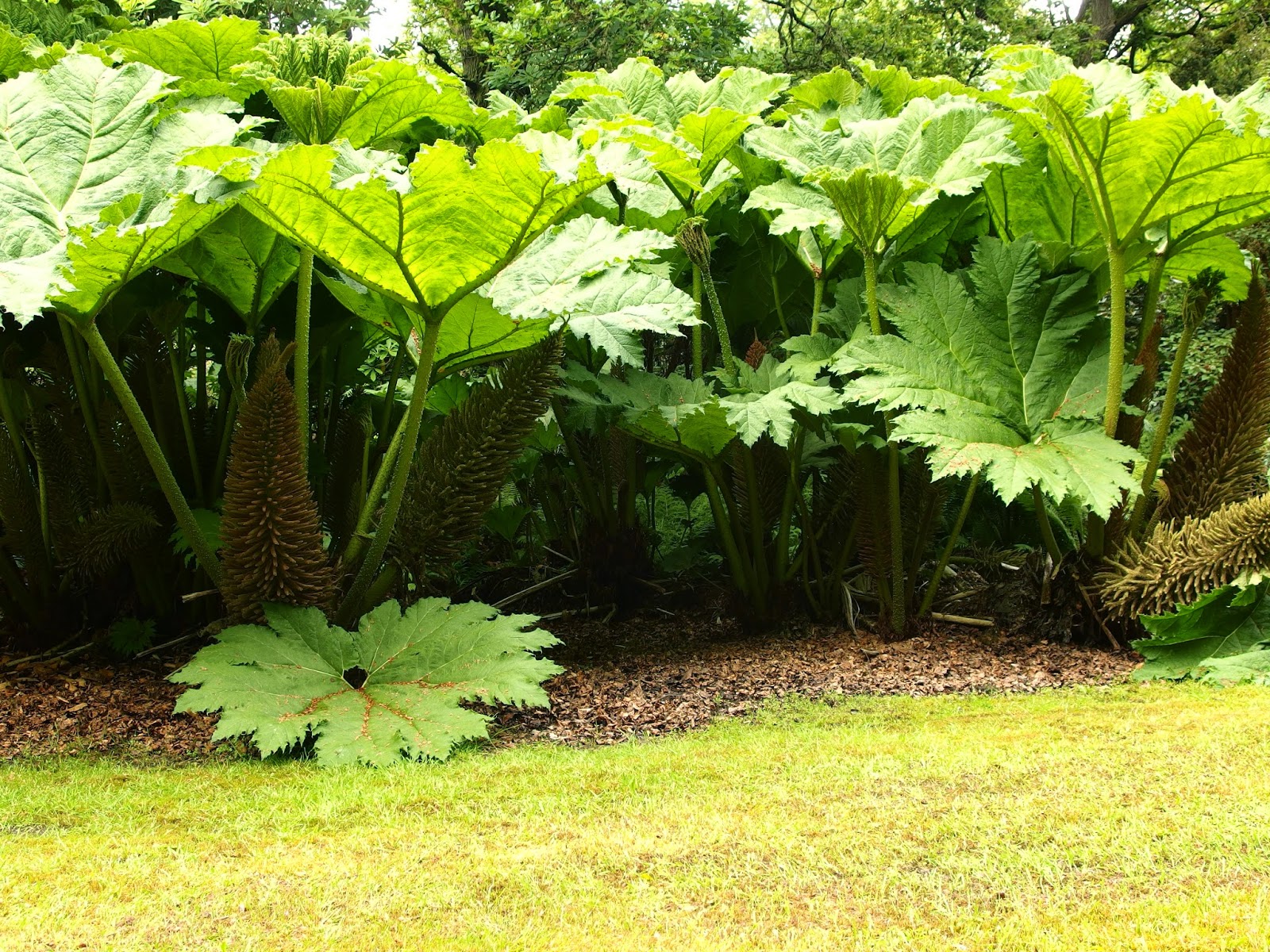 and plants familiar from New Zealand... 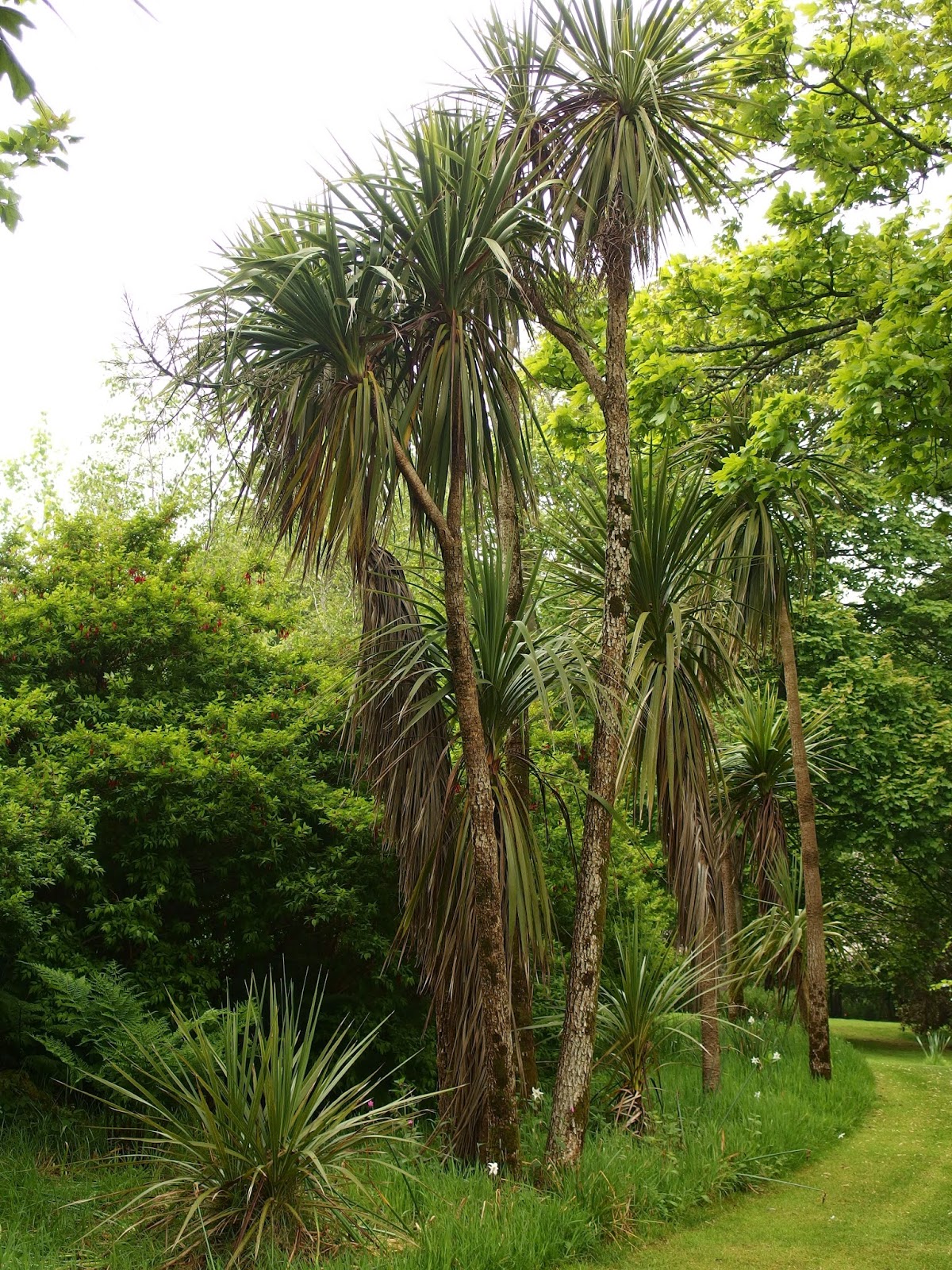 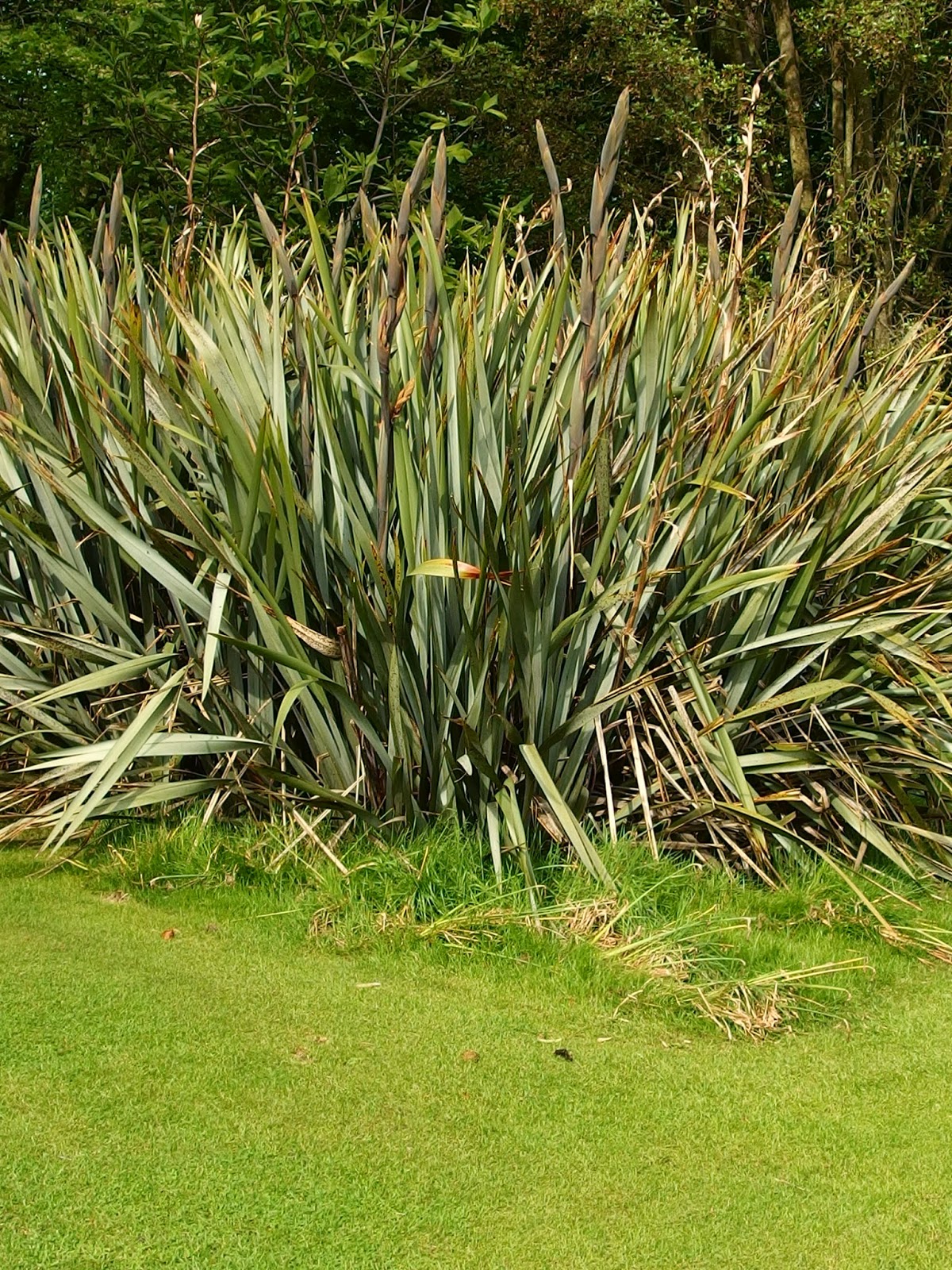 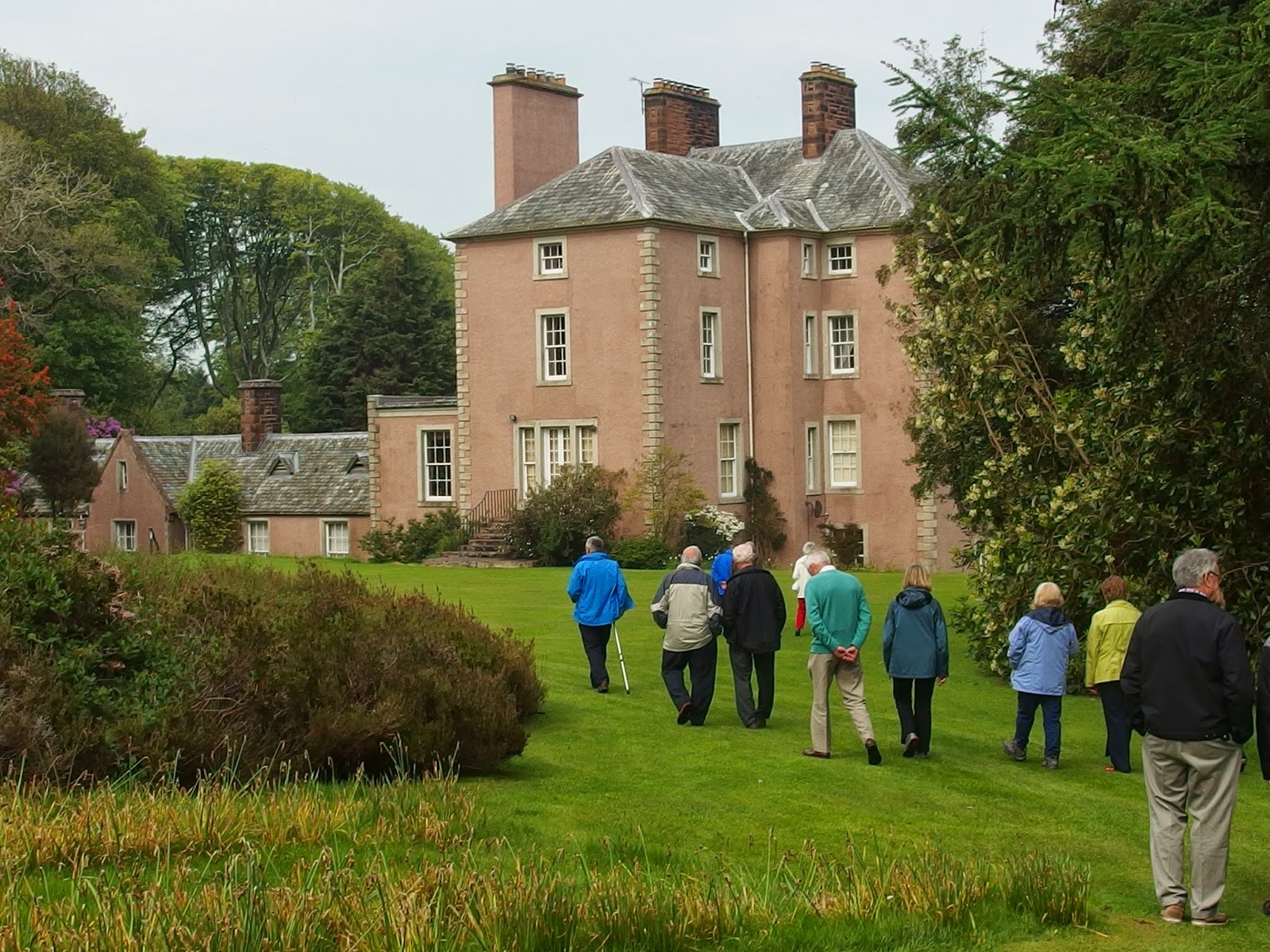 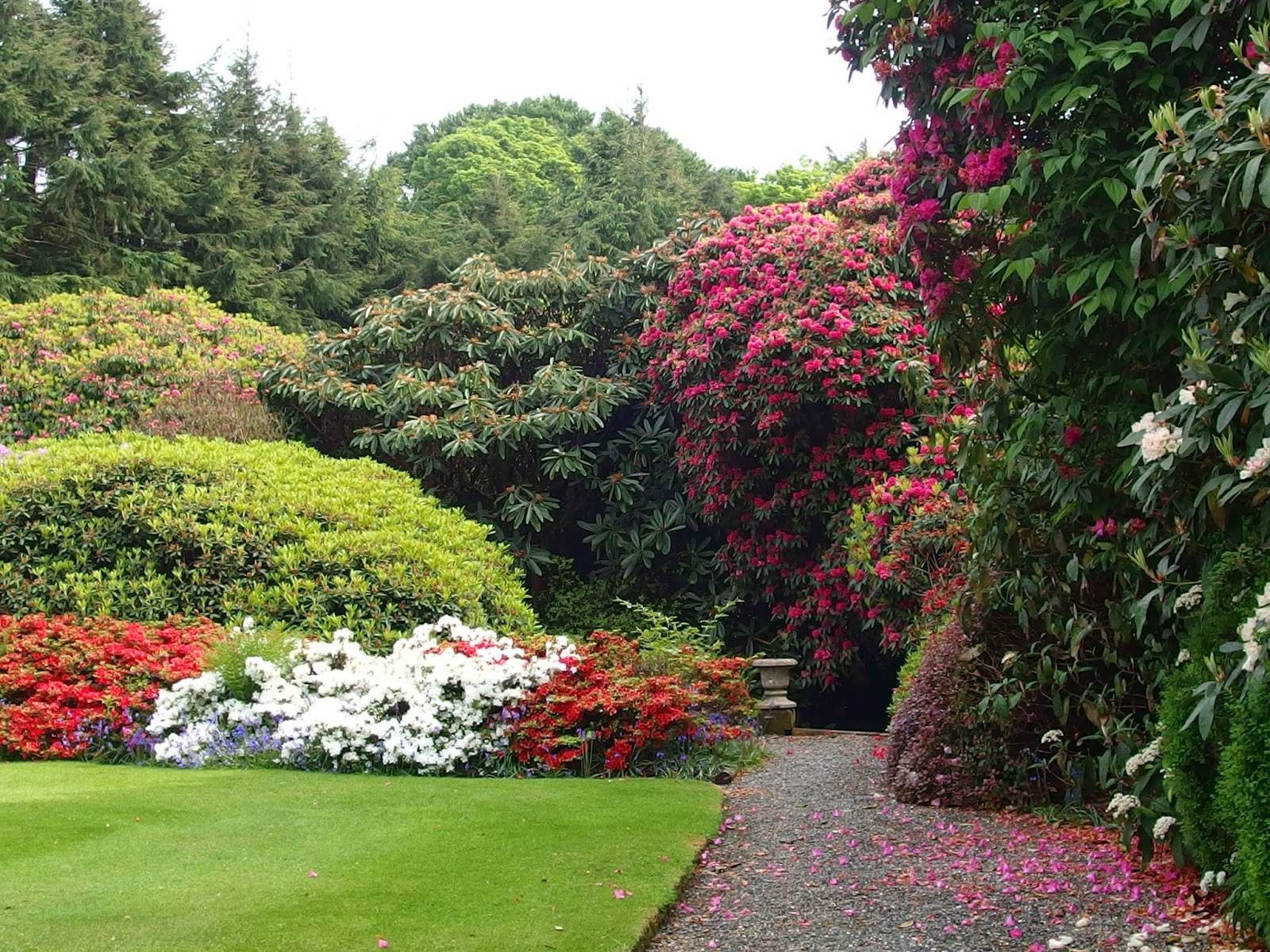 Yesterday we both had A Day Off...and visited Hannah Mcandrew in Barm Pottery.
All congratulations to her and Doug Fitch on their engagement!!
She was open as part of the 12th Dumfries and Galloway Spring Fling.

I'd ridden my bike part of the way down, and approaching Rhonehouse we could see towards home..good thing I'd not thought to ride home! 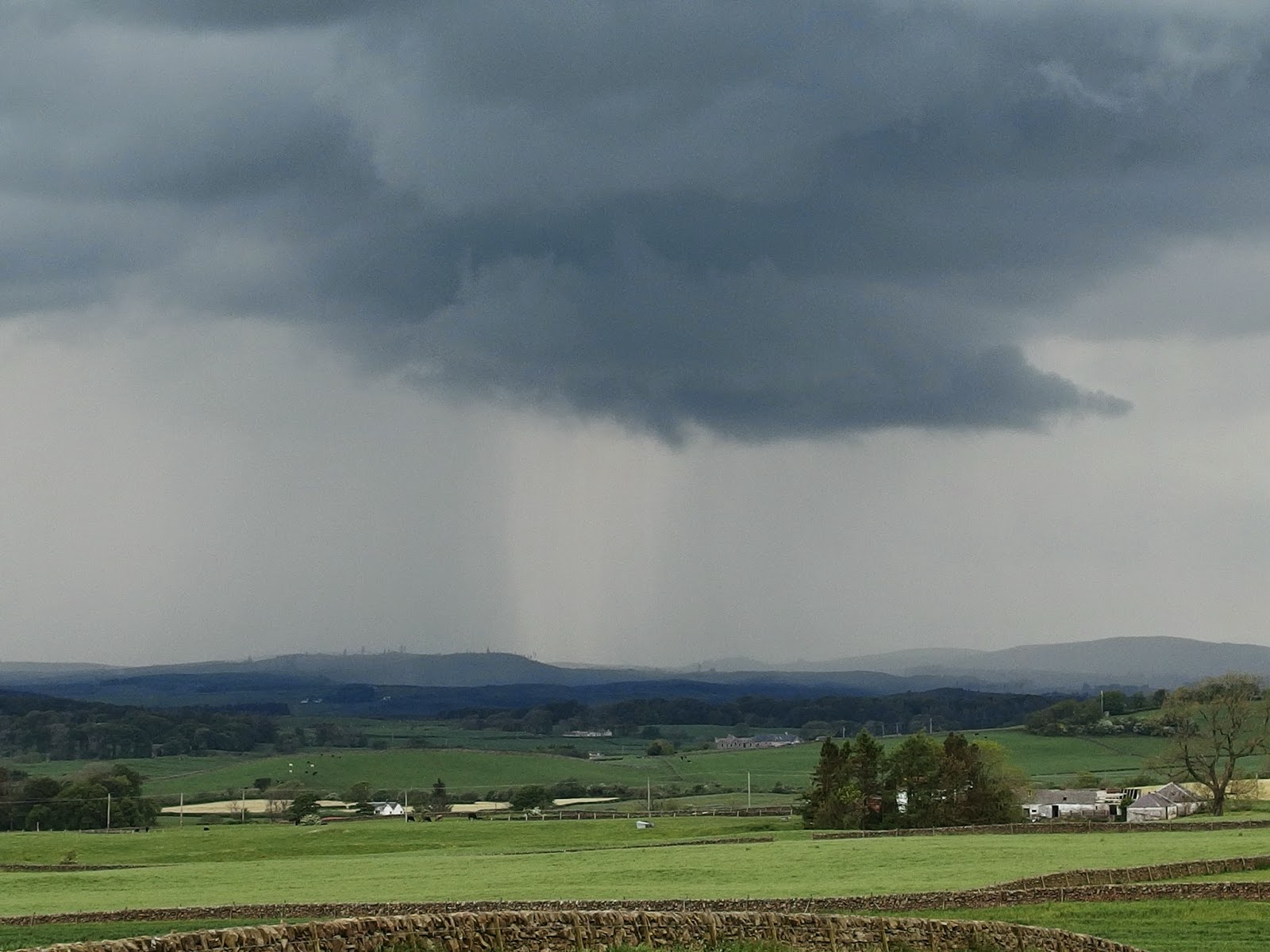 We visited other studios and galleries on the way home, a photographer, a willow weaver in an arts centre and a clog and shoemaker. We ordered my birthday present at one of them.....!!


Back to normal today, despite it being a public holiday....rain, house tidying, gardening, and The Pirate going off for his treatment...luckily with the charity volunteer transport now.
He is going on fine, getting the usual side effects quickly as he started healthy and fit....he can't understand how he has gained over 5kg...and the only gain is round his middle, everywhere else is losing bulk.
At the end of this week he'll be just over halfway. Then there will be just eighteen more treatment trips to The Beatson in Glasgow.

I just have to keep on keeping on, being patient with the patient!   It can sometimes be difficult to maintain the enthusiasm for doing other things, especially when nothing works straightforwardly or easily.
No workshop, no space in our home to do much, realizing that I need a better printer and laptop computer to produce cards of a professional standard.   I have my own aches and pains too, sometimes the Pirate needs reminding that he isn't the only one getting older!!   Training for the bike helps, but I'm afraid I can't concentrate on that well enough either. At least my doing that is doing us both good, me physically and both of us mentally.

Grouch over...now I'm off to make soup while he rests after today's three hour's travelling and under ten minutes treatment.
Posted by gz at 14:44 10 comments: 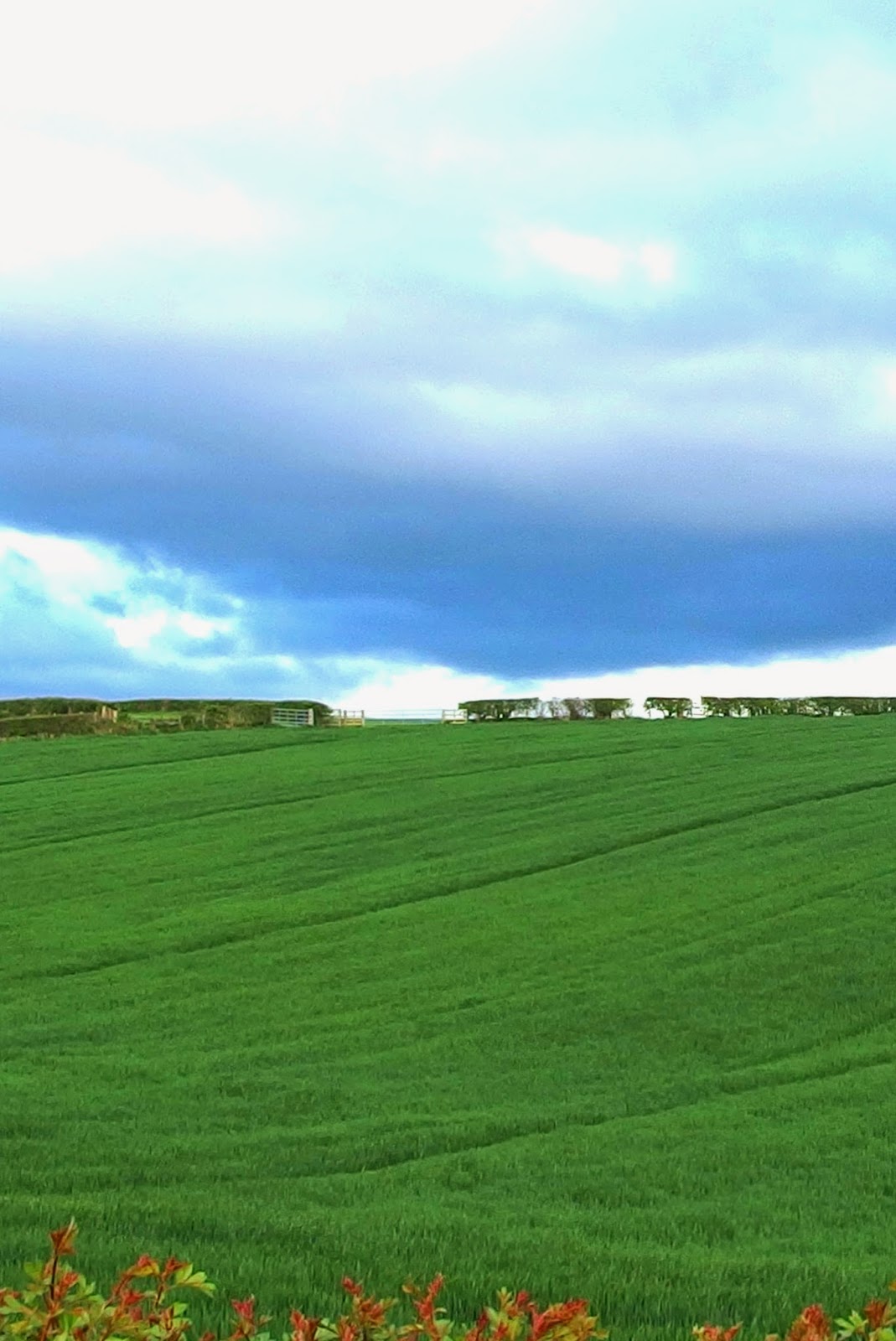 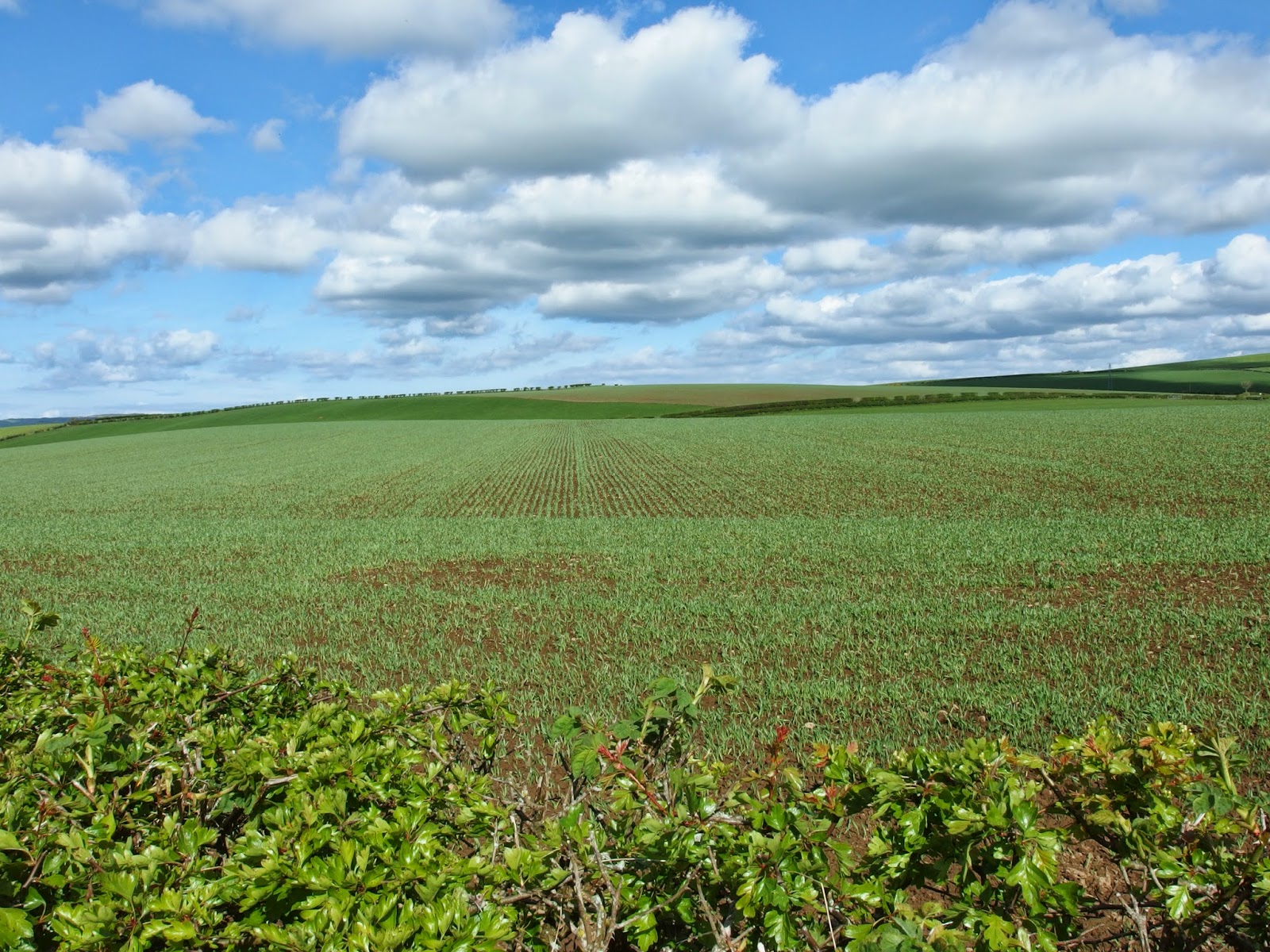 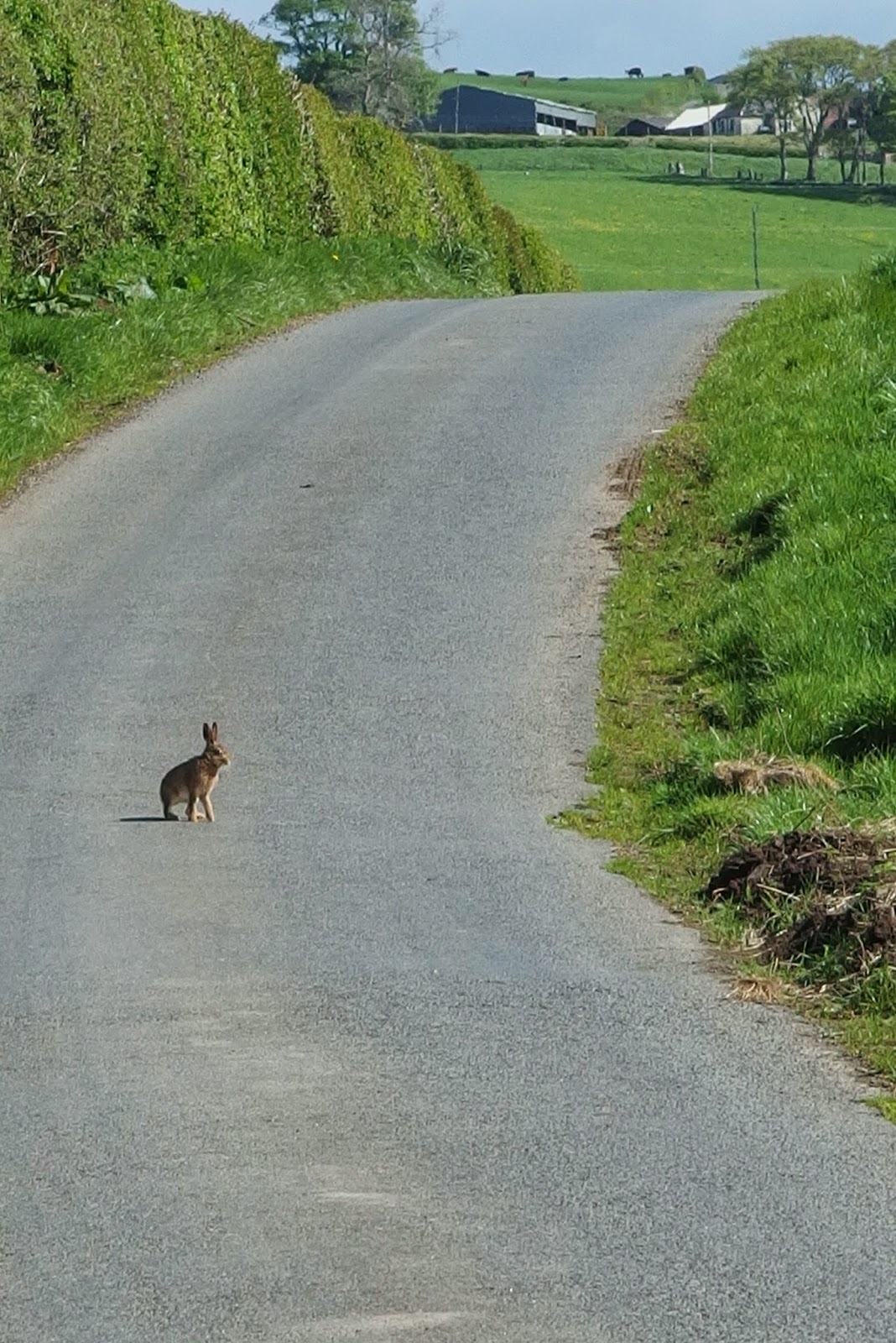 We mended the side of a "stick shed" in exchange for several trailerloads of its contents...good dry forewood. 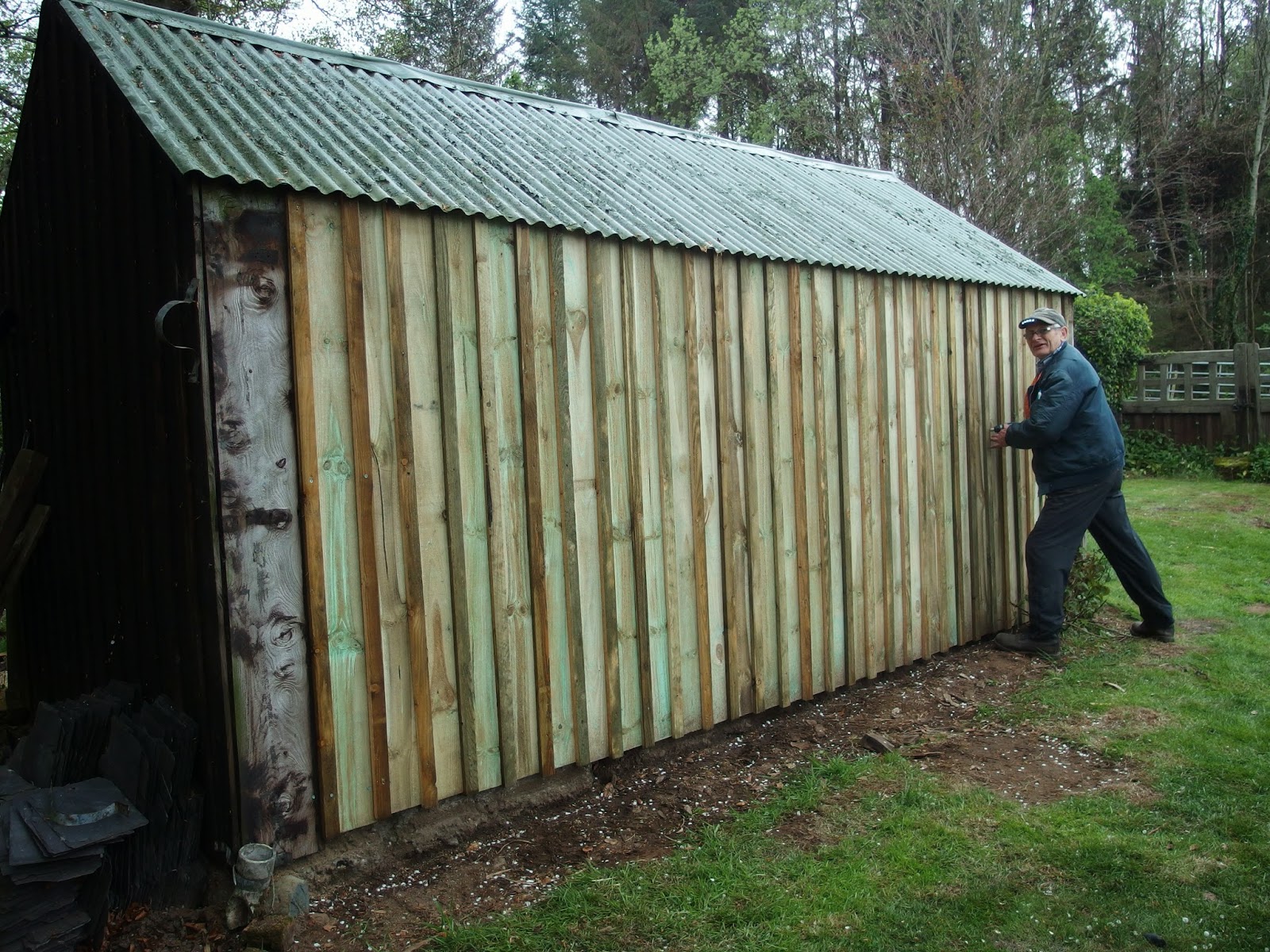 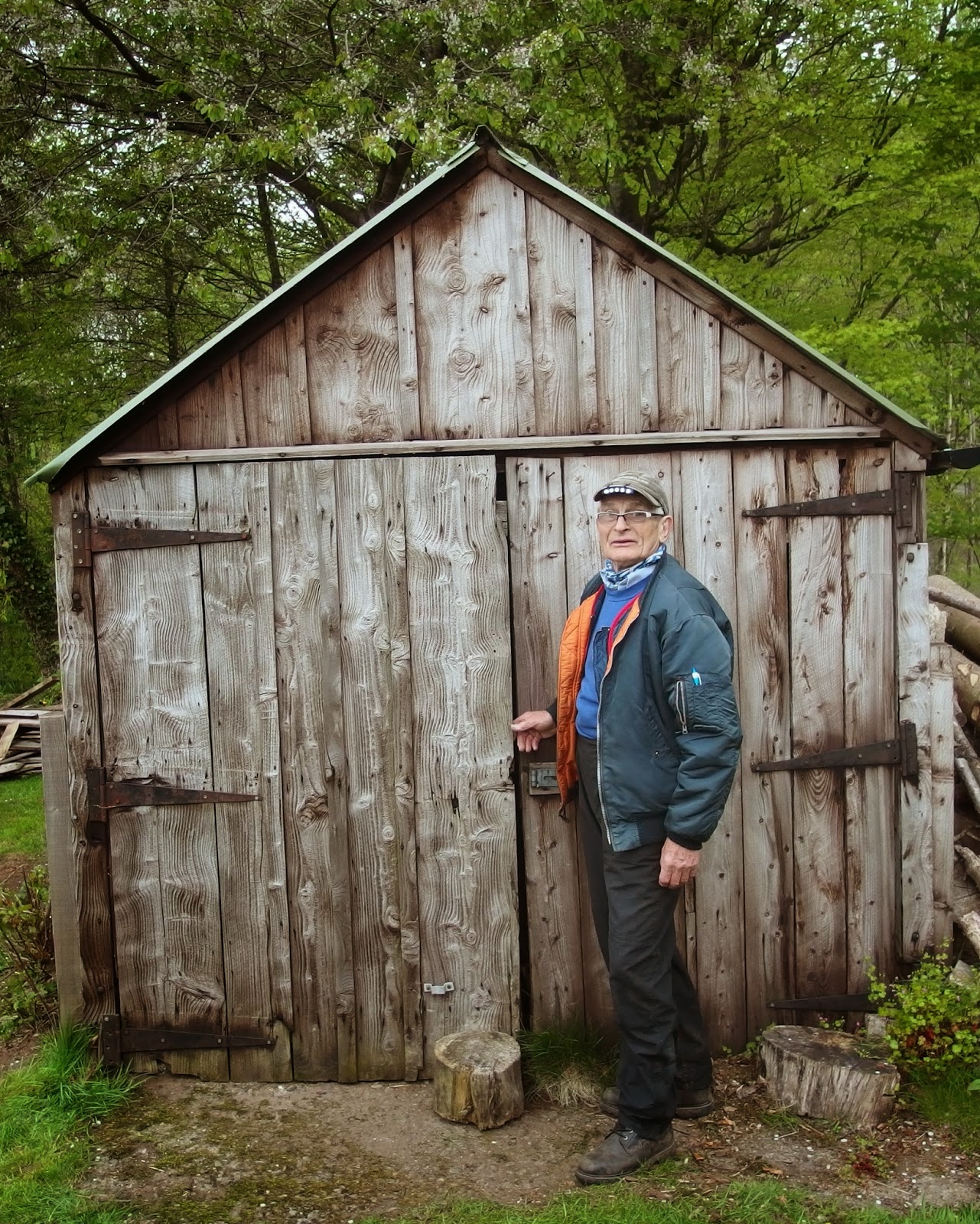 Then we tested the firewood.... 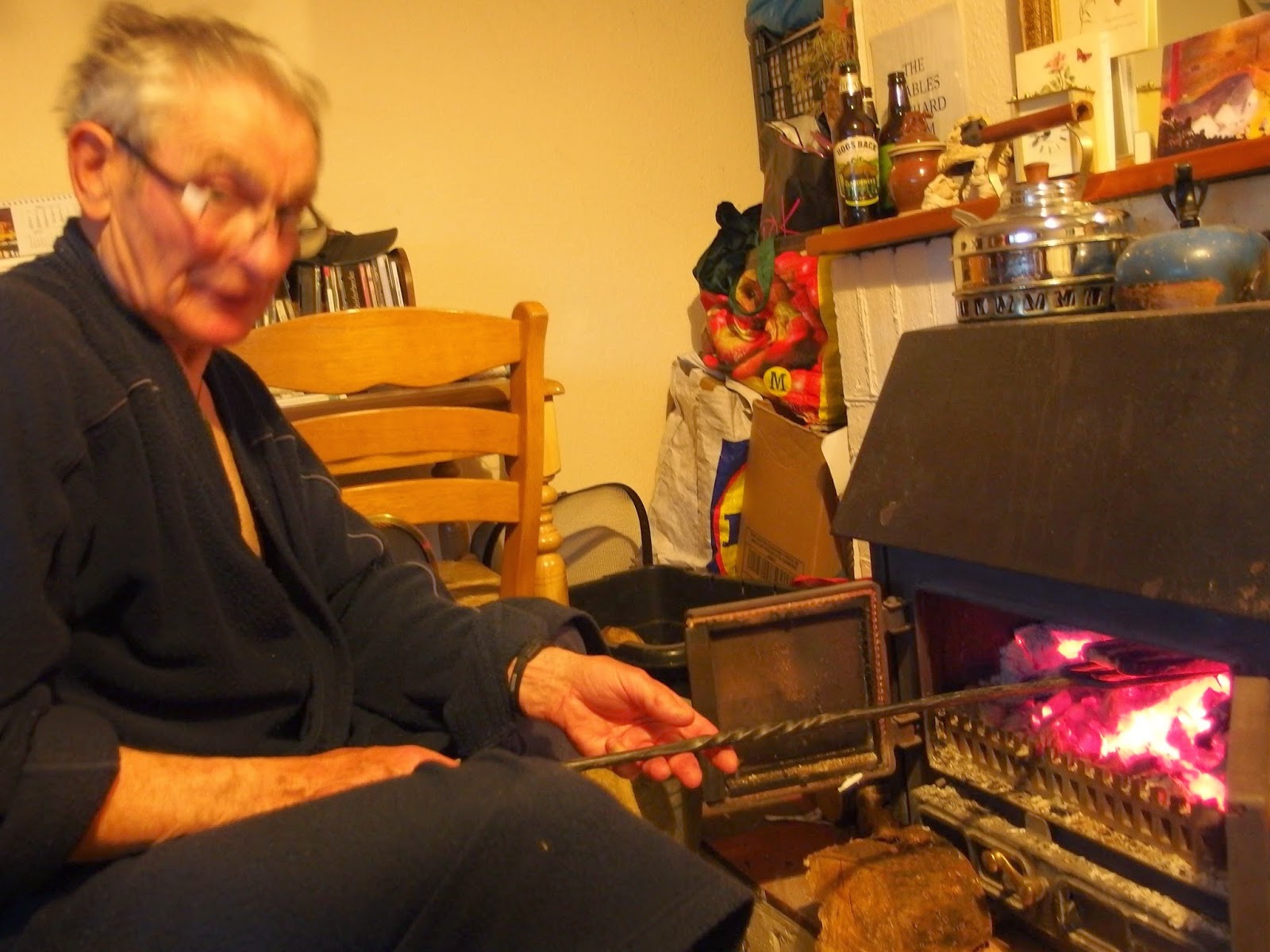 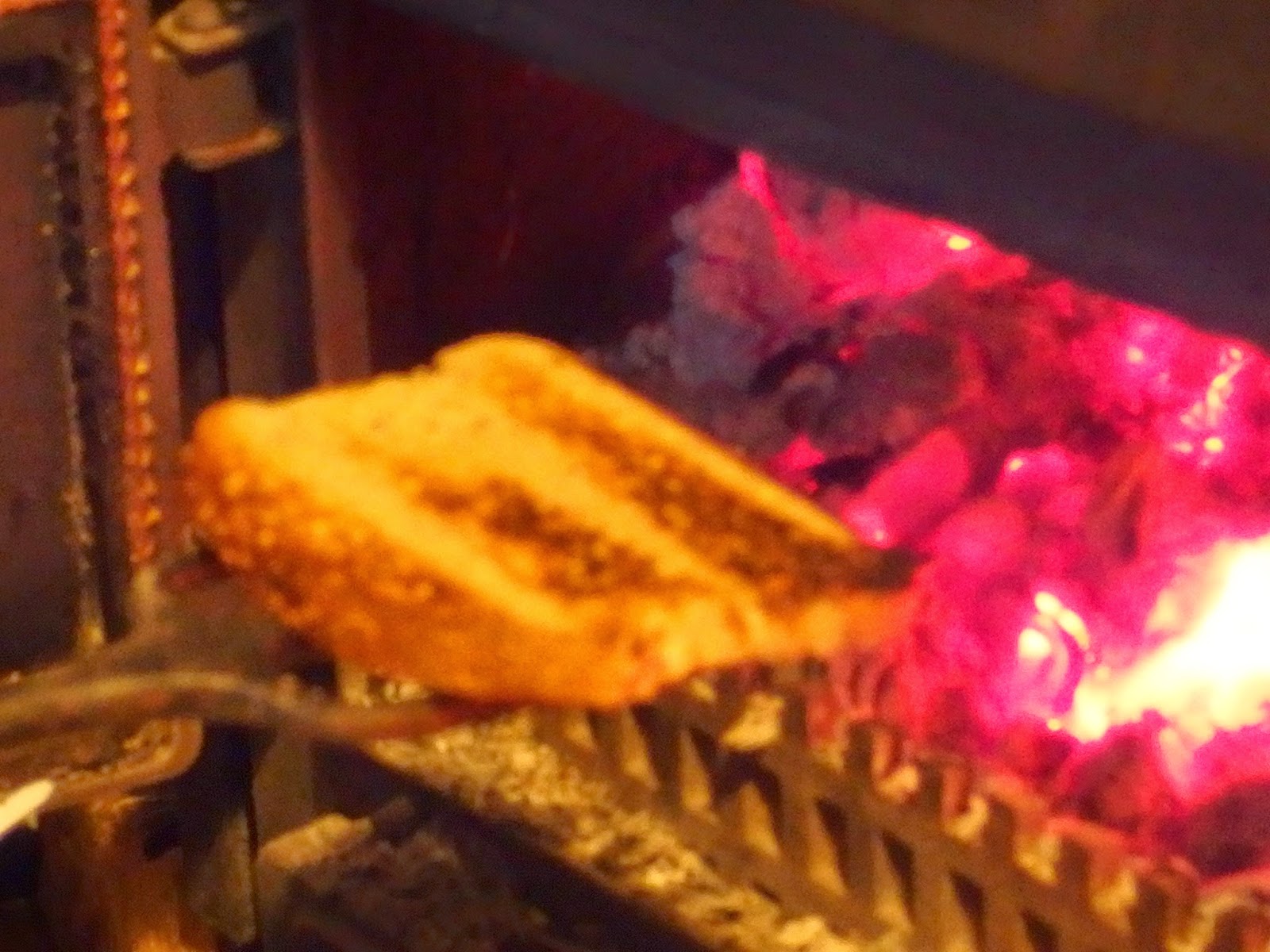 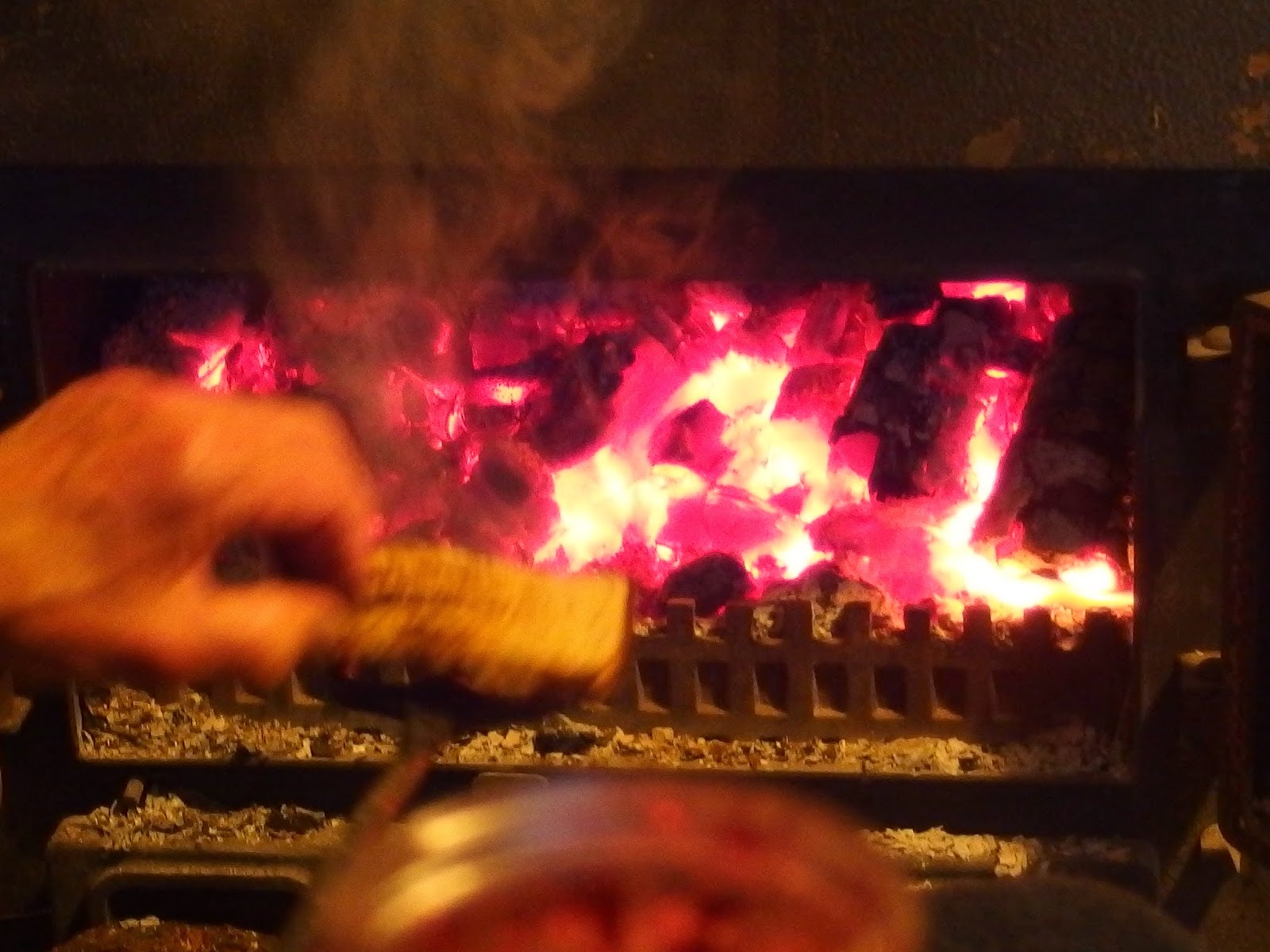 We look after another garden, lawns and veggies.  Everything is growing nicely, apart from the Dwarf Beans. It is still damp and cold-so that is probably the reason. 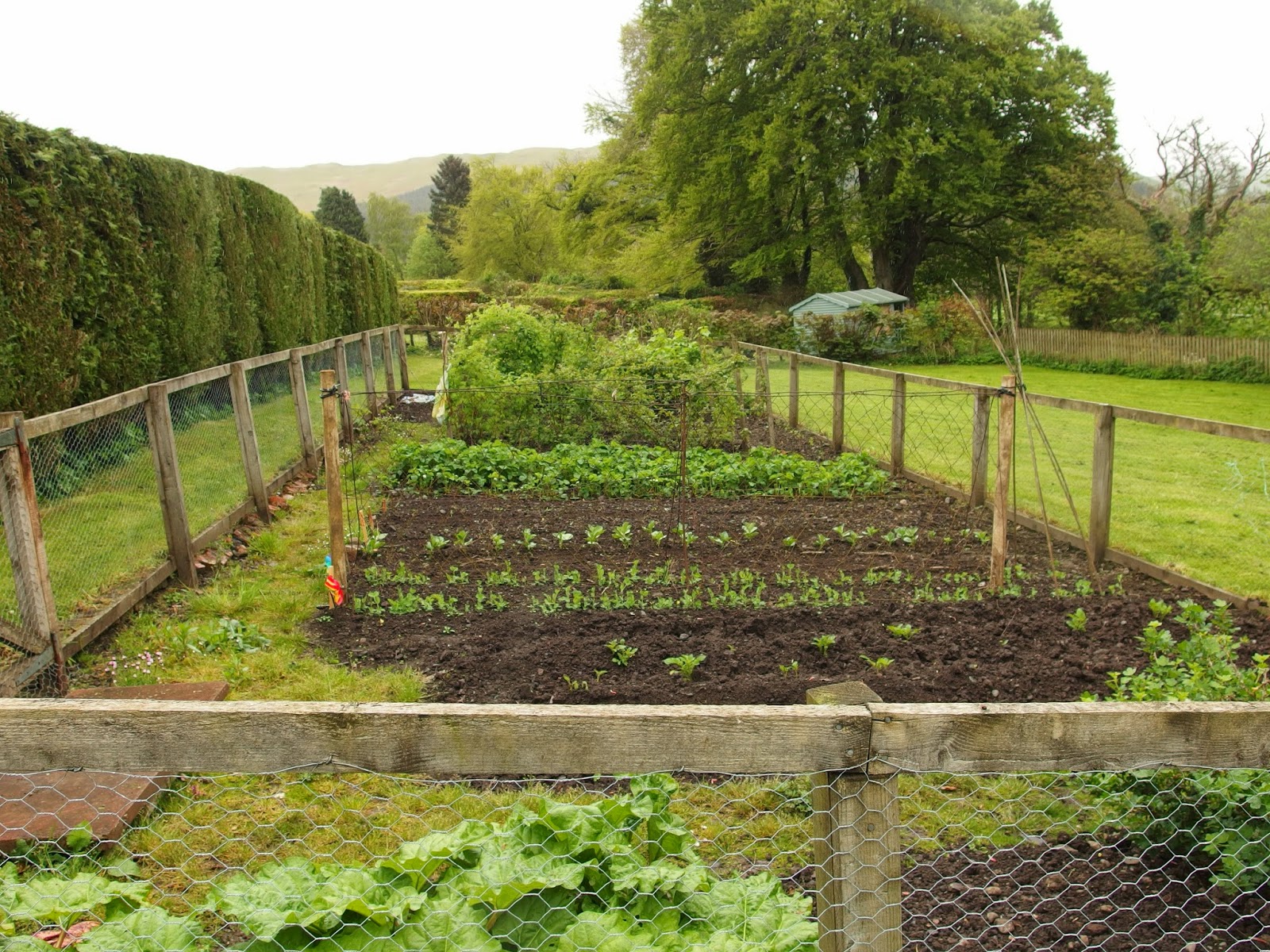 First week of treatment nearly done.  I'm not sure if it isn't the commuting making The Pirate feel tired as much as if not more than the "zapping"....100 mile round trip for six minutes actual lying still....to think that many people drive this and more and work a full day.   That doesn't feel like any kind of life.
However The Beatson is the cancer centre for the whole of the West of Scotland, and it is a very big, busy and good place.....with awful parking!!!
Posted by gz at 09:56 6 comments: 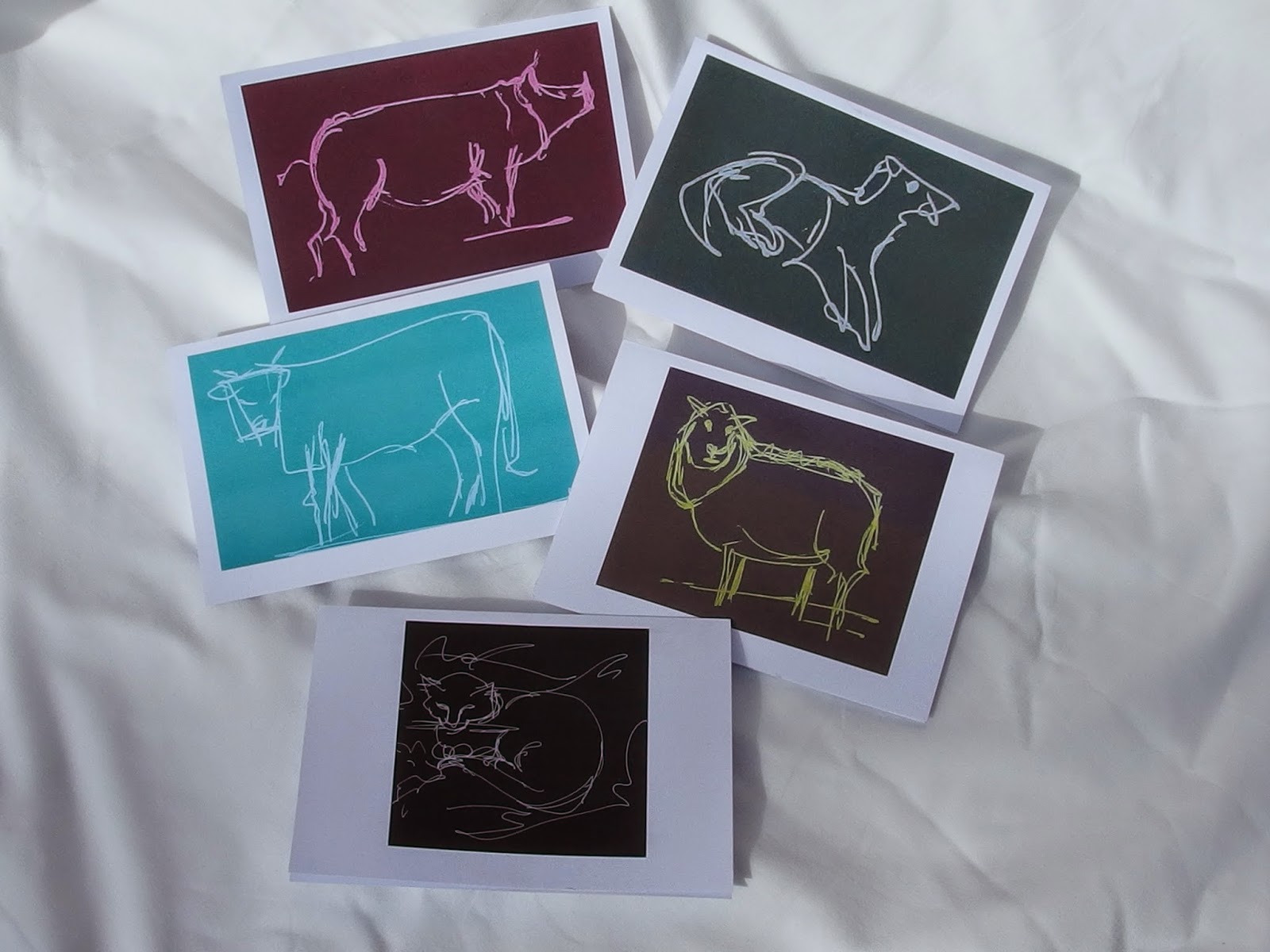 I'm still using an inkjet printer to produce my cards, I really want to get up to speed with linocut printing again, but getting something  "out there" and selling is important.

Time is  limited too..there is SO much to do, with people visiting, including the Pirate's elder daughter for a few days, and finishing certain of our gardening jobs that I can't do on my own.

The Pirate starts his radiology tomorrow afternoon and I'm providing the transport this week and the following Monday. All being well I wont have to do the whole seven and a half weeks!!