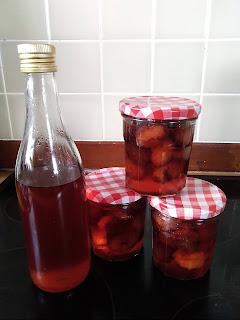 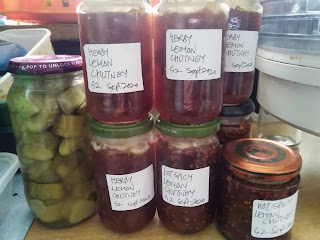 Some finishing off before an afternoon out...

Then off to check the cycling club's hut..once called the summer hq where some would go and stay on a Friday night to give a good start to a weekend ride. It is 30 miles South of Ayr where the club is based.

We don't do a lot with them at the moment, but Pirate is a life member so still takes an interest.

Plus we have friends living over the road from the hut, and next door just the other side of a burn.

It was a lovely sunny day and the butterflies were out in force, Red Admirals. Peacocks and Tortoishell.

Time for a cuppa and put the world to rights  as we hadn't seen our friends by the burn since March.

Then over to the next village to park the car in the community car park and ride our bikes "round the block"...which happens to be over 36 miles..or 58km. Quite a way, but over moorland and open countryside and smaller roads.

We saw fewer than ten cars.. but a couple were inconsiderate if not dangerous.

With stops it took us over three hours..longer than we had hoped, but the first third was against a headwind and uphill!  We managed to get back just before lighting up time, thankfully. The community car park has a row of solar panels that run the lights which was useful for packing the car.

We took a different way home, over a main mountain road, one we know well..and as night fell we saw lights ahead..an accident?

No, a large white bull was happily grazing the verge and his owner's friend was keeping an eye on the traffic until he could be taken back home. Apparently he is the one that doesn't fancy the Ladies in the herd, so sometimes wanders.

Home safely.. tired...glad that there was soup in the freezer. 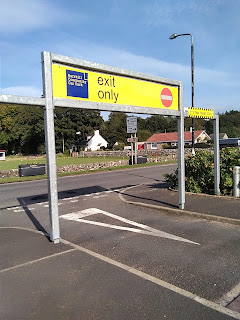 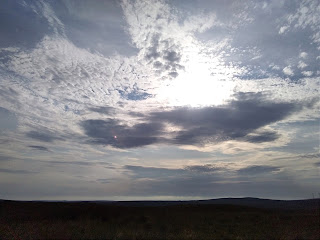 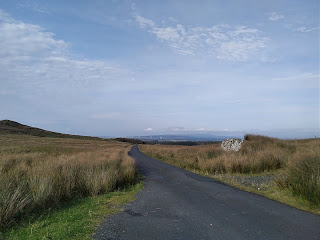 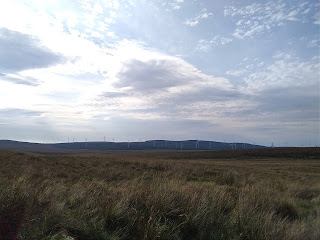 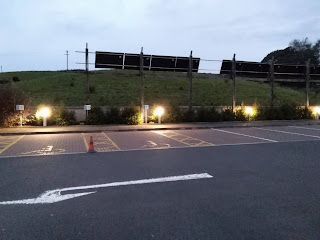 My Judy says biking is one of the healthiest things one can do. I say "you're crazy!!!" My gawd! 36 miles is just around the block? And in 3 hours? I'm going to go lie down now.

I used to work at a veterinary surgery where a vast majority of the customers were farming stock and they were so desultory and downright nasty towards cyclists. As it was a holiday area and frequented by road cyclists they were seen as a nuisance and an open target.

No photos of the wandering bull? Maybe it was too dark? Glad you got to see some more butterflies! I'm really trying to enjoy them now, knowing their time is not long...

It was a good day, and Steve it was dark. The bull was lucky to be a Charolais..and white!

we have hardly seen any butterflies this year apart from cabbage white, I'm glad red admiral and peacock are thriving in your part of the country. That is an epic bike ride but I bet it felt great to have the wind in your face.

You both must be very fit people. I wish both cyclists and cars here were more considerate of each other.

Sadly the same in most of the world Amy