We trekked up to Dundee today..it's a long drive, 120+ miles, but worth it to have an hour or more riding with friends in the fresh air on the Velodrome at Caird Park.

We always do other things to justify the trip...two visits to friends and top up shopping today!

I managed to take photos of the original building in Caird Park, along with all the sports facilities. 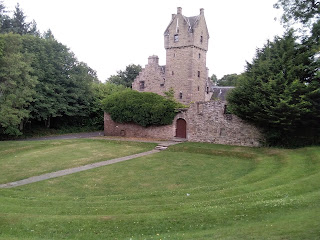 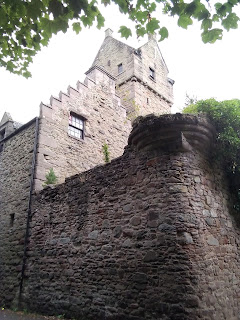 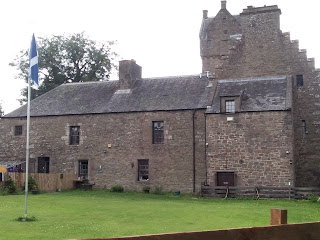 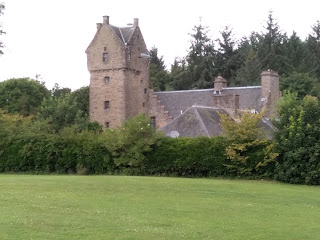 Mains Castle (also known as Claverhouse Castle or Fintry Castle) is a 16th-century castle located within Caird Park in Dundee, Scotland. The castle consists of several buildings surrounding a courtyard, although several of the original western buildings no longer exist. The northern and eastern buildings are where the family would have lived, with the servants occupying the southern quarters. The castle also has a large, six-floor, square tower house with dressed cornerstones, which is typical of 16th-century construction.

The castle is located in Dundee’s Caird Park to the north of the city overlooking the Dichty valley and adjacent to a small stream known as the Gelly Burn.

It's now a wedding venue!

Nice lookin' castle you got there. Real shame if something were to ... lay siege to it. ;)

What a delightful castle.

It seems like all historic buildings eventually become a wedding venue! (Well, maybe not prisons. Or hospitals.)

I'm happy it's still being used, that's a good purpose for it.

Amazing place. I would rather get married there than some of the other venues on offer.

John "By Stargoose And Hanglands" said...

You'd need to be fond of climbing stairs to live in a castle like that! I can see it would make a splendid background for wedding photos.