After the storm...nothing blew away thankfully...we woke to a little snow on the ground.

What better than to go and watch a cyclo-cross, supporting a friend who was riding!

We went to Rouken Glen, beside Giffnock in Glasgow. This is the fifth time they have run this event, and the fourth time that they have had snow!! 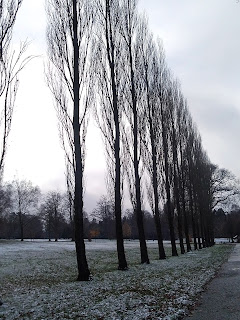 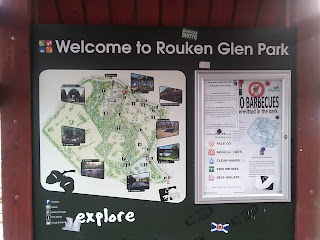 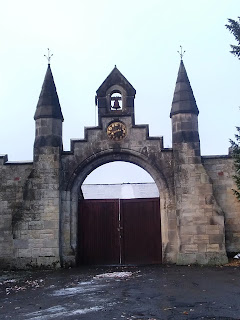 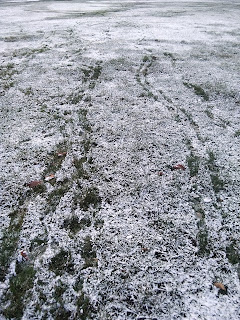 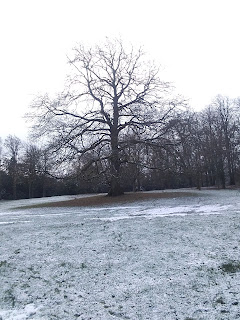 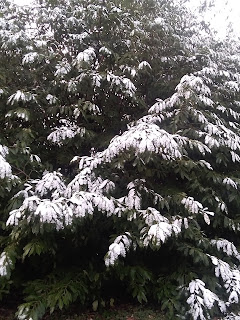 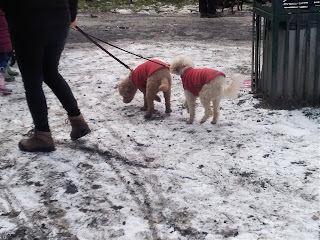 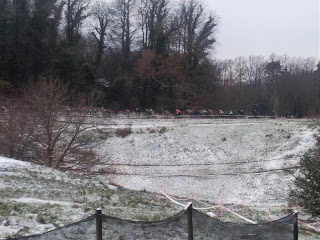 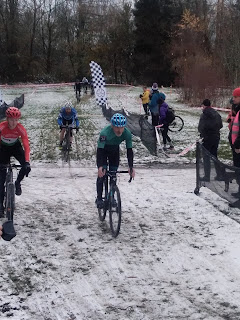 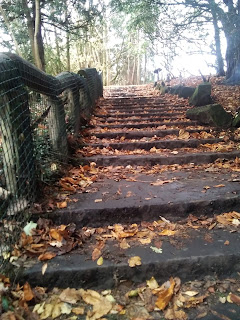 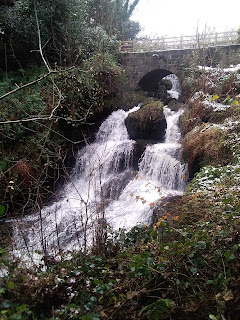 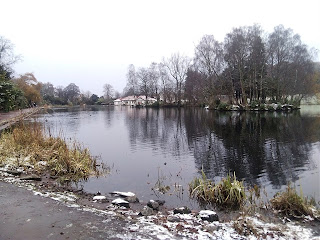 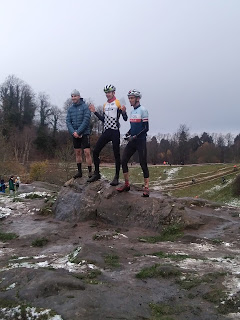 There were three races and a total of three hundred riders...B race in which our friend (in the blue top) was racing and got 8th, the women's race and the A race.

I liked the alternative podium!

It seems to be the fashion to put jackets on dogs!! Ok if they are unwell or very old I suppose......

I think I would like to return in the summer!! There is a big garden centre there with a decent sized café, and the whole lot is on East Renfrewshire council ground.

If nothing else the garden centre wouldn't be overrun by Christmas tat and fir trees in plastic netting jackets!!.

Since the evening, Pirate's toothache has been seriously bothering him. I think that it is a tooth that has been grumbling for a long time and that has been pulling his health down a tad, as I would expect.  Naturally he doesn't want to lose it...who would....but it sounds like an abscess, so it should come out!  I think that is one anchor for a bridge which complicates matters and he is against getting false teeth.

I think that they are not the end of the world, they are considerably cheaper than the alternative and won't be pulling his health down...but it is his decision.

I am just looking forward to seeing the back of the bear with a sore head!!

Tooth ache is wearying - such a nagging pain. Like earache it is a pain that you can't 'hold' to make better :(
You certainly have had less snow but bet it was still bitter! Good though you got out x

The Weaver of Grass said...

Cyclo cross is soooo... hard. I did one race a very long time ago and that was enough for me. But I did also once race the man v horse v bike race in Llanwrtyd Wells - that was bloody hard too. Long time ago now.

generally if the tooth is at that point it's best to get it out otherwise you've got poison from the abscess going into your system, hope he sorts it out

that's a beautiful scenery but I would rather wait for Summer! I haven't been getting your posts in my feed, sorry for lack of comments.

Agreed Amy..I think that he has the message now!

Cyclo-cross is hard. I have never wanted to play in mud, except as a potter!
Grass track is also hard,but I enjoyed that for a while

Pam this is the end of a bridge, and I think an implant has been said to be not feasible

So sorry to read about the tooth and its imminent demise.

I have been losing teeth and, like Pirate, am resisting "false teeth", even though I have had a "partial" for years. It's kind of like, "if I can still chew, why do the expense?"

Nothing like a bad tooth to ruin peace of mind.

Glad you didn't get blown away.

I broke a tooth once. I felt it pop when I was using the water pik. I was on my way to work, and didn't have time to stop. By the afternoon I was in agony. The tooth had cracked to the root and had abcessed in the matter of 8 hours. I have a pretty high thresh hold of pain, but this was excruciating. I wonder that Pirate can even stand it. I give him some words of wisdom from across the pond: "It will only get worse."