Trip to the race

We went to see the Tour of Britain riders pass by, and have a short ride with our friend from Fife. 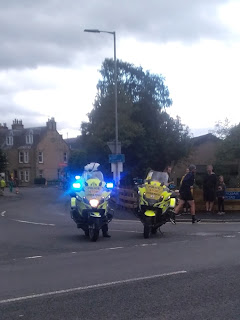 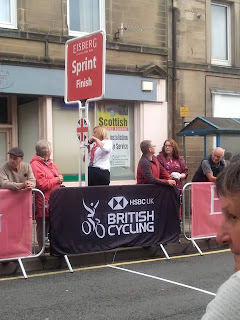 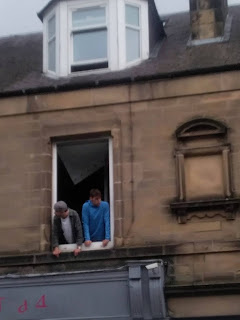 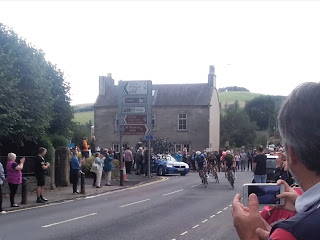 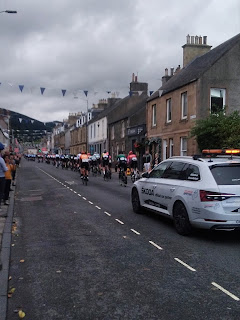 Having seen them whizz past, we left our car in Innerleithen and rode back with our friend to Peebles on the bike path and back road. 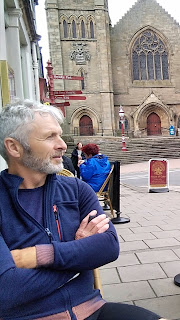 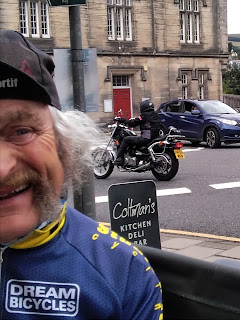 For scones, jam and cream and tea!! 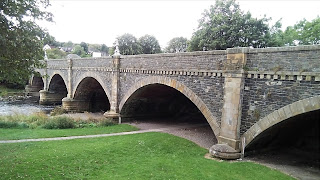 The main bridge over the River Tweed.....but look at the flood height measure..... 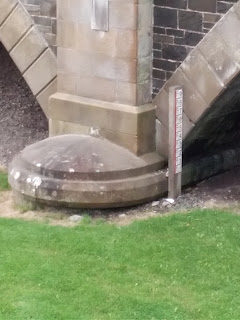 No date plate on this bridge for walkers and cyclists... 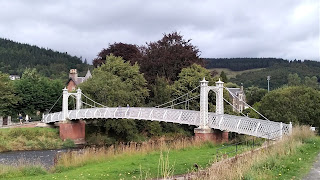 This replaced an iron railway viaduct...the bike path follows the old railway track.
The railway was forced to cross the river as one local moneyed gent didn't want the rails on his land....now we have a nice bridge partly funded by European Union grants..... 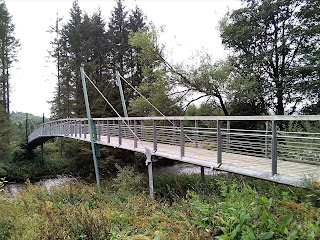 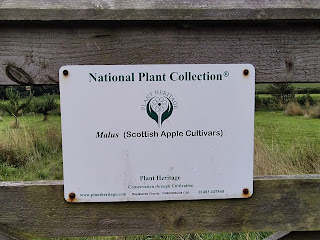 I was just photographing this notice when a man with a strimmer walked up. He now owns and cares for the orchards because the original nursery is no more.
A quarter are Scottish varieties....a quarter English...a quarter cider varieties...and a quarter stock for growing grafting stock.  Mostly apples and a few pears.
It hasn't been a good year with cold and wet conditions at blossom time, but the variety Coul Blush was looking really promising.
Long may he succeed in his work here. I hope he may have an Apple Day some time in the future, but that will only happen with a lot of help. 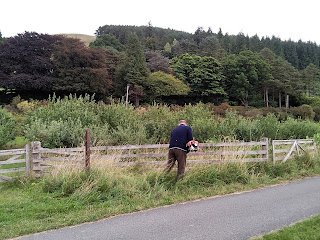 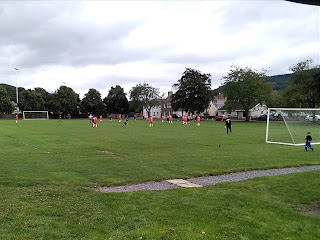 We decided on a different way home, retracing part of the ToB route in reverse as far as the Gordon Arms, then to Moffatt....roads new to us and a stunning part of the Southern Uplands 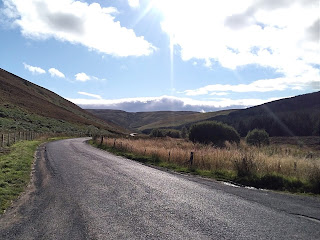 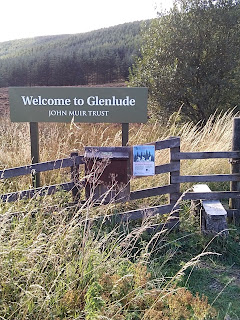 All those lvoely apples xxxx

Nice to see that bit of the country and what is going on there, thanks.

Another lovely day out.

how exciting! what a cool thing to watch

I just saw today a report of a Washington couple who just got married in Fife!

I love looking at your pictures. And Pirate always looks so joyous!